Once Upon a Time in Iran 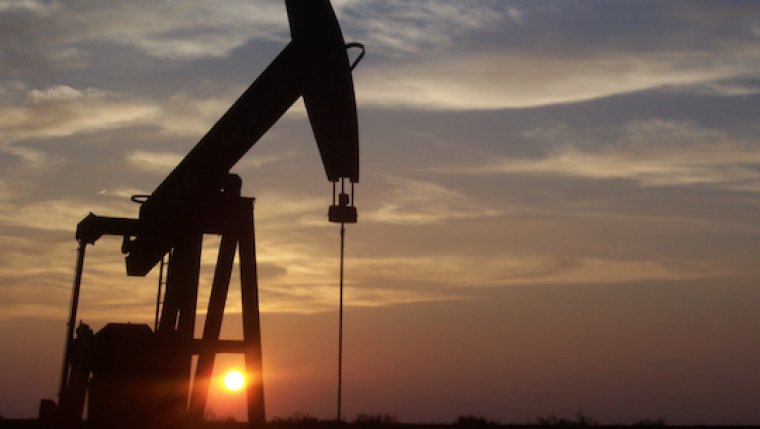 Is Donald Trump to blame for the downing of Ukrainian Airlines Flight 752 shortly after the aircraft took off from Tehran’s International Airport? Or does the blame lie solely with the Iranian regime and its Revolutionary Guard unit that fired the deadly missiles?

As with most issues these days, there are hard, irreconcilable opinions held by those who blame Trump and those who blame Iran. Before landing on an answer, let’s imagine our world a bit differently.

Imagine if Chinese companies owned and controlled Canada’s oil industry. And imagine if all critical production and investment decisions were made in the Chinese financial hub of Shanghai. And imagine, if Canadians agitated for more control over its natural resource and elected a government that demanded that Canadian resource revenue be used to improve Canadian lives.

As a Canadian, would you be offended? Now imagine if China responded by having our democratically elected government overthrown in a military coup and installed a friendly dictator who helped protect China’s economic interests. Would you accept that outcome? How far would you go defend our sovereign interests? Would you take up arms and fight back?

While this is a farfetched and unlikely scenario for Canada, it is hardly an imaginary one for many people around the world. The West has long interfered with other people’s right of self-determination to protect its own economic interests. Nations in South American and Middle East have been the most frequent targets of Western attention.

As the West pursued its economic and geopolitical interests, people in its targeted regions of interest have suffered. The Middle East in particular has paid a dear price for owning the most sought-after strategic resource in the world. This list of nations includes Iran.

In 1953, the British and the Americans decided that the policies of Iran’s newly elected government were not in their strategic interests. Iranian Prime Minister Mohammad Mosaddegh led a government that wanted to audit the Anglo Iranian Oil Company (now called BP) with the intent to gain more control over Iran’s oil resources. That led to the CIA and Britain’s MI6 teaming up to hire assorted hoodlums and criminals who led the overthrow of Iran’s legitimately elected government.

It was not the first Western sponsored coup d’état nor would it be the last. America alone has sponsored or actively supported at least 25 regime change initiatives. Ostensibly, these efforts were about freedom and democracy. But that was almost always the cover created for public consumption. The underlying motivation always involved ideological or economic interests.

That was certainly the case in Iran. In 1901, the British had secured a petroleum rights concession in Iran for £20,000 ($3.2 million today). While some would argue a deal is a deal, the Iranians, who hardly benefitted as the British sucked out oil and associated revenue, disagreed. And as time went by, they became disagreeable to the point that Prime Minister Mosaddegh intended to nationalize Iran’s oil industry.

What does nationalization mean? Canadians may remember Pierre Trudeau’s National Energy Program (NEP) which was seen as nationalizing Canada’s oil industry. Alberta still seethes at the mere mention of the Trudeau name. Albertans who still hate Trudeau would understand why Iranians may have wanted to control their own resources rather than allowing the British to dictate how the pie would be shared.

If you were offended by the idea of China or Ottawa controlling Alberta’s resources and revenue sharing, you should understand how the Iranians felt. Except we not only remained indifferent to Iran’s plight, we accepted the idea that our national interest superseded that of the Iranians.

We rejected Iran’s right to use its own resources to help its own people. Instead, we sent in the thugs and funded a coup d’état to replace a democratically elected government with an autocratic Monarch who proceeded to brutalize his own people. An estimated 60,000 Iranians were murdered during the Shah’s 25-year rule while Western firms plundered billions more from the Iranian people.

The Iranians did not forget any more than Albertans have forgotten the NEP. When the Shah was overthrown in 1979, the lives of Iranians did not improve. The student led revolution was quickly highjacked by religious fundamentalists. Rather than gaining economic, democratic and intellectual freedoms, the Iranians have continued to suffer the oppression of unelected regimes.

Fast forward to 2020. The West is still meddling in the Middle East. And oil remains our primary strategic interest. America’s fraudulent post 911 attack on Iraq created a domino effect that has left Iran’s neighbourhood a hot mess. Iraq, Syria and Libya have joined the list of war torn and unstable States. Iran is surrounded by America’s wars in Afghanistan and Iraq.

In the midst of this mess, Donald Trump ordered the assassination of a senior Iranian general under the dubious pretext of preventing attacks on Americans. Iran responded by firing missiles at American bases in Iraq. As tensions have heightened, Iran admitted mistaking Flight 752 for an incoming missile and its mistake killed 176 passengers including 63 Canadians.

Let's get back to the original question of blame, I doubt there will ever be agreement on a single answer. But if the flap of a butterfly’s wings can trigger changes that eventually change the course of history, overthrowing legitimate governments and ordering assassinations can certainly lead to dramatic outcomes. To those who disagree, I would remind them of the hell that followed Archduke Ferdinand’s assassination in 1914.

The point is that for far too long, we have accepted the idea that other people, in faraway places, should suffer in the name of our strategic interests. That notion is absurd and grotesque in its implications. It is the very idea that allows us to value other people’s lives less than ours. Iran could not assert any right over its own resources because we considered its oil to be of strategic importance to our lives.

Even if we are benevolently motivated by greater ideals of liberty and equality, exporting democracy by fomenting revolution is an arrogant undertaking. We can help, but we should not lead. Iraq, Afghanistan, Libya, Syria, Iraq and Venezuela are just the latest in a long list of nations our good intent has destroyed. We have caused millions to die when we set about to save thousands.

Donald Trump is just the latest in a string of arrogant Western leaders who have acted with impunity thinking their actions are immune from any consequence. With Iran, the metaphorical butterfly flapped its wings more than a century ago. The chain of events that gentle disturbance of air triggered have magnified over time.

Flight 752 was not downed by Donald Trump. It was downed by a century of disregard, war and Western economic exploitation and suppression of the rights of other people to live their lives as they themselves determined appropriate. We demand and expect nothing less for ourselves. It is time we stopped interfering with the right of others to aspire to the same freedoms we take for granted.

The ripples created by a butterfly’s flapping wing continue to weave across time. Justice for Flight 752’s one hundred and seventy-six victim would be better delivered by stopping the disturbance of the next ripple and not be seeking retribution and punishment. Let that be their lasting legacy.