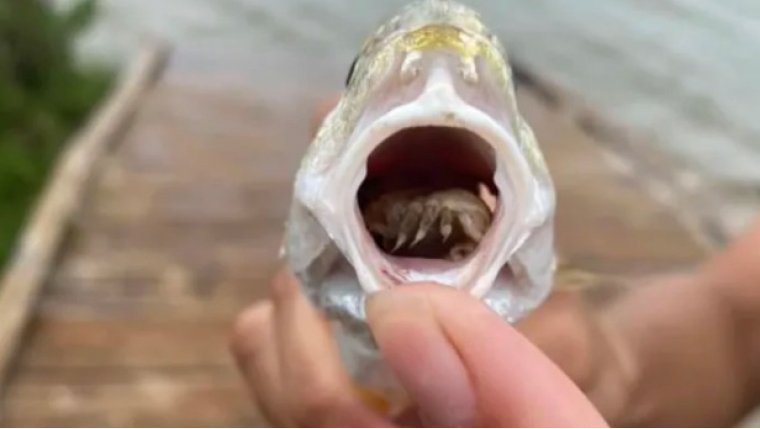 WINNIPEG - A fish caught recently off Texas was jokingly being described as a "Martian." Mostly because of an invasive parasite that appeared inside its mouth.

Galveston State Park has confirmed it's not from another planet but admits it is pretty "spooky."

The fish is an Atlantic croaker and its mouth had been occupied by a tongue-eating louse.

According to the park, the louse enters the fish's mouth through its gills, severs the tongue and serves as a functioning tongue while feeding on mucous.

The louse does not kill the fish or affect humans.