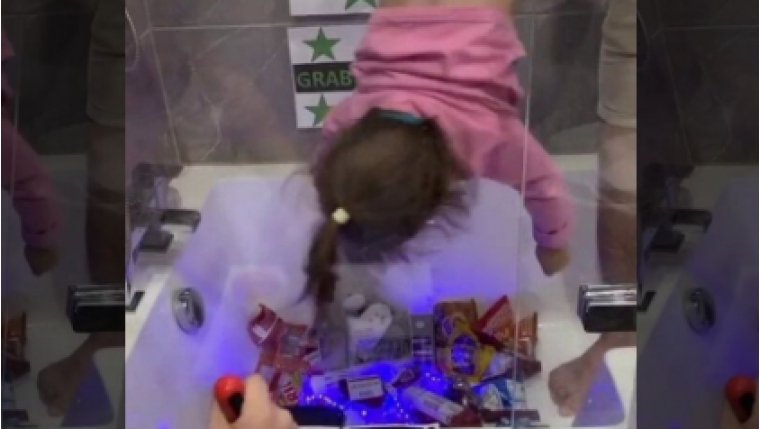 WINNIPEG - A British dad has recreated an arcade claw game in the bathtub by hanging his daughter upside down to act as the grabber.

He's holding his three year old girl by the ankles while his 11 year old daughter "controls" the human grabber with a joystick which is made from the family's kitchen trash can.

The video has gone viral on social media.