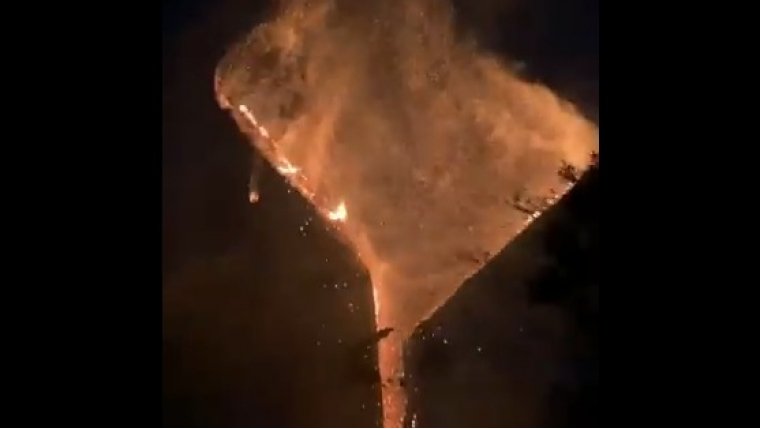 WINNIPEG - Over 130 wildfires are currently burning in Manitoba, but in California, a man recently captured the moment when a large pine tree was struck by lightning.

Michael Bogan shot the video near Big Bear Airport immediately after the tree was hit.

The tree, believed to be at least 200 years old, split in half at the trunk as it burned.

San Bernardino National Forest officials say firefighters visited the scene later to cut down what was left of the tree.