Las Vegas Shooting Survivor, Parkland Students and Others "March For Our Lives" 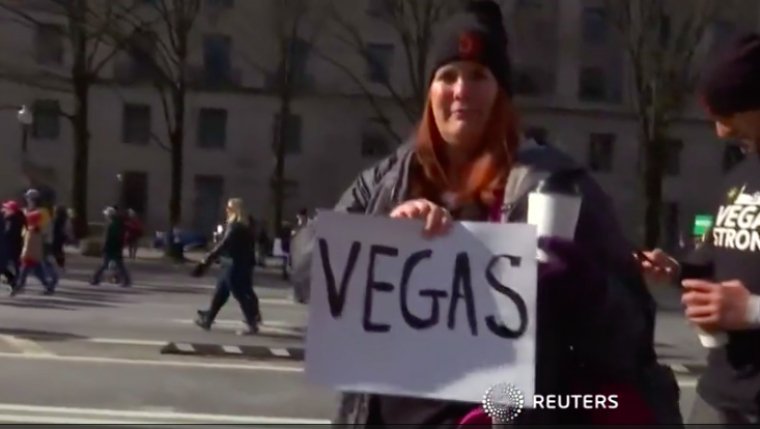 WORLD NEWS - Amid the hundreds of thousands of Americans rallying in Washington, D.C. on Saturday was one survivor from the deadliest mass shooting in modern U.S. history.

Nathan Frandino has more in this Reuters News video report.

Parkland Student to Politicians: 'The voters are coming'

Cameron Kasky, a student from Marjory Stoneman Douglas High School in Parkland, Florida, says politicians must listen to the country's youth who are demanding action on gun control.