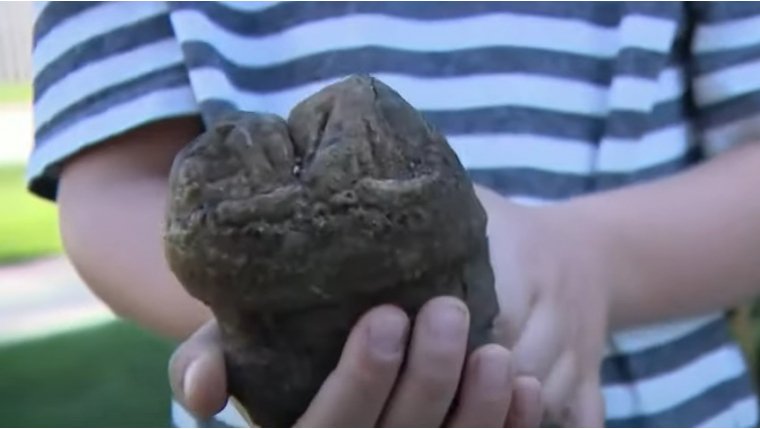 WINNIPEG - Kids find the darndest things. A six year old boy who was walking with his family in the Dinosaur Hill Nature Preserve in Michigan found a 12,000 year old mastodon tooth recently.

Julian Gagnon says he felt something on his foot and when he grabbed it, it kind of looked like a tooth.

His parents let him take it home where they realized it might be a fossil.

They contacted the University of Michigan Museum of Paleontologists who identified the item as the upper right molar of a juvenile mastodon.

The Gagnon family donated the tooth to the museum and Julian was rewarded for his donation with a behind-the-scenes tour.