It Was A Zany Day, Even for Donald Trump 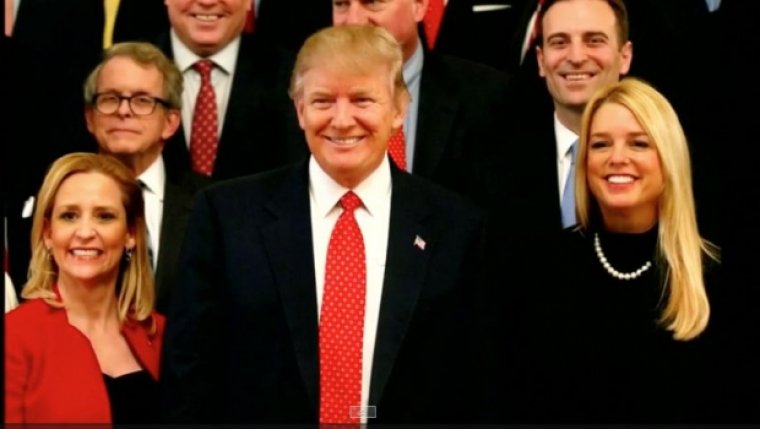 WASHINGTON — Even by the standards of Donald Trump’s Washington, Thursday was a zany day. Little bomblets of news related to the investigations into the president’s inner circle kept dropping so quickly it was hard to keep track.

— Trump lawyer said to be wiretapped, then not. NBC reported that federal investigators wiretapped the phone lines of Michael Cohen, the president’s longtime lawyer. It said at least one tapped call involved a White House phone line. This news infuriated another Trump lawyer; Rudy Giuliani told The Hill newspaper he wants Attorney General Jeff Sessions to intervene in the Cohen investigation. But NBC later issued a major correction to its story — NBC said authorities obtained a list of calls, not actual recordings.

— Trump adviser says it’s fine. Giuliani first revealed the payment in an interview with Fox News. He said it was funnelled through a lawyer and was not an election−law violation. He said Trump paid his lawyer US$460,000 after the election, for Stormy Daniels and other issues. He did link it to the election: ’’Imagine if that (Daniels story) came out on Oct. 15, 2016, in the middle of the last debate with Hillary Clinton?... Cohen made it go away. He did his job.’’

— It’s not fine, says spouse of Trump staffer. This explanation violates the law, according to George Conway, a lawyer and husband of White House staffer Kellyanne Conway. In response, he tweeted a link to the Federal Elections Commission guidelines showing that a loan made with the goal of influencing an election is subject to the legal limit of $2,700 in donations to any candidate.

— Another legal issue. The former head of the U.S. Office of Government Ethics, Walter Shaub, suggested the president may have committed a crime. It’s illegal to file an incomplete financial disclosure upon entering government, punishable by up to five years in prison. Yet the president did not list $460,000 he supposedly owed Cohen: "In trying to talk his way out of a campaign finance violation, Trump has admitted to filing a false financial disclosure in 2017," Shaub tweeted. He said he normally assumes omissions are inadvertent, but can’t believe this was unintentional given numerous subsequent attempts to deny the Daniels payment.