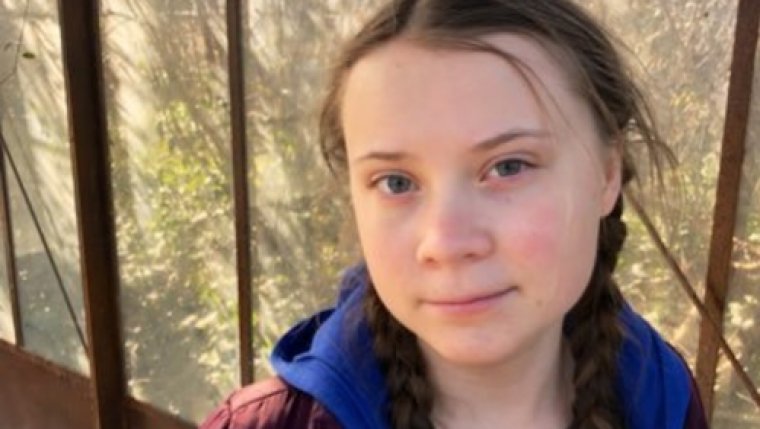 There is a raging debate on whether climate change is caused by humans. A decade ago, Al Gore was the leading bell ringer warning of pending doom. Today, Greta Thunberg is the most recognizable climate change activist. She is the face of a global movement that demands action now to head off catastrophic climate change by changing human behaviour.

Gore was actively opposed by industry and people who simply rejected his thesis. Today, Thunberg’s opposition is less industry, more politicians and people who deny there is any cause for alarm. The world is galvanizing into three camps; those who believe in human driven climate change, those who don’t and those who don’t know enough or simply don’t care. Of the opposing camps, is one camp right and the other wrong? Are they both wrong? Does it even matter which is which? Is climate change caused or being accelerated by human activity?

Where do I stand? Frankly, I don’t care if it is or not. Neither should you. The argument over what is causing climate change is distracting us from real, measurable changes that threaten vast numbers of people across the planet. While we argue over how the problem arose, we are losing valuable time and opportunity to protect against the pending crisis.

Regardless of why our climate is changing, there are real human and economic costs. And all available evidence suggests that more, much larger costs are yet to come.

During my work with municipalities, we were repeatedly told that flood mitigation and protection was around 2 feet too low on a global scale. That means flood channels, berms, dikes, seawalls and other protective measures were too low and would not protect us and would have to be raised. In other cases, new protective structures would have to be built to protect against rising water levels. In 2010, Manitoba completed a 665 million expansion of the Red River Expansion project to protect Winnipeg. That was a single project to protect one city!

Imagine the cost of having to raise every flood structure two feet or more. And imagine having to build new protective structures to safeguard newly threatened regions. We won’t have the money; not even in the richest nations. Protecting US coastal communities against rising waters may cost over $420 billion over the next twenty years. Globally, mitigation costs may range from $14 to $23 trillion per year by 2100. These projections come from MIT and the Institute of Physics, not Thunberg or Gore.

While we may disagree about the underlying reasons, there is no disputing these events. They are happening before our eyes. These are observed facts. Still, if you won’t take my word for these actual and emerging risks, talk to bankers and insurers. They are not prone to hyperbole and have no incentive to exaggerate costs unless justified by claims experiences.

And as it pours, flooding is not the only problem. Some places are too wet, other places are dry and getting drier. That means agriculture will be hit hard by floods and drought. While we can possibly protect against water, we cannot manufacture it in drought-stricken areas. In India, a drastic drop (61%) in the water table is already causing havoc. And things are expected to get worse.

What will we do when some places are too wet and some too dry and people who live in these areas don’t have the money or the water to fix their problems? Following historical patterns, they will move. But move where? There is some suggestion that climate change driven food insecurity was at least in part responsible for unrest in Syria.

Once the Syrian conflict became an outright civil war, millions of Syrians showed up in Europe trying to escape thirst, hunger and war. That didn’t go over well with previously generous Europeans. Many wanted the doors shut because they didn’t have enough for themselves. The generosity of the West had its limits and the perceived cultural and economic threats of mass migration brought out the ugly in many European countries. Some have argued that the flood of migrants was a gift to the far-right in Europe.

As economic and food security grows, so will the incidents and numbers of displaced migrants who will seek safer havens somewhere else.

If this is not bad enough, the planet has another major problem that can be verified by facts and data. And that is the dramatic reduction in the planet’s biodiversity and biomass. We have not been good neighbours to our fellow species. A widely reported 2018 study by the Proceedings of the National Academy of Sciences (PNAS) reported that since we ‘civilized’ the planet, 83% of all wild mammals and half of plants have disappeared.

Once again, there is bitter argument over the cause; some argue humans are to blame, while others deny any such causation. And once again, I don’t particularly care if humans are responsible or not. The fact is that biomass and biodiversity are the secret sauce of our planet’s success. Having an abundance of species of plants and animals doesn’t just make earth pretty, they are the stuff of survival. Any fool can understand that humans can’t survive if most of the other species around us are gone.

Regardless of what caused our climatic and biodiversity challenges, the reality is they are real. Greta Thunberg is simply stating the obvious. For doing so, she herself has become a flashpoint; while some rally to her side, others attack her mercilessly for being an instrument for perpetuating a hoax. Greta Thunberg may well be wrong about her proposed solutions but she is hardly wrong about the problem.

This “who done it” argument is really akin to Nero fiddling while Rome burnt. People are so busy trying to prove each other wrong that they can’t see their houses burning down as they hurl insults at each other. What they need to be doing is gathering up buckets. They will come in handy for those who need to bail and those who need to store water for their crops.

Pascal’s wager was about hedging one’s bets. The postulate suggests that believing in god is a better choice even though there is no proof of god’s existence. Why? Because if God exists, the reward is paradise but nothing is lost if god does not exist. But not believing in god if god exists leads to eternal damnation and there is no upside.

Does anyone doubt the smarter bet here?