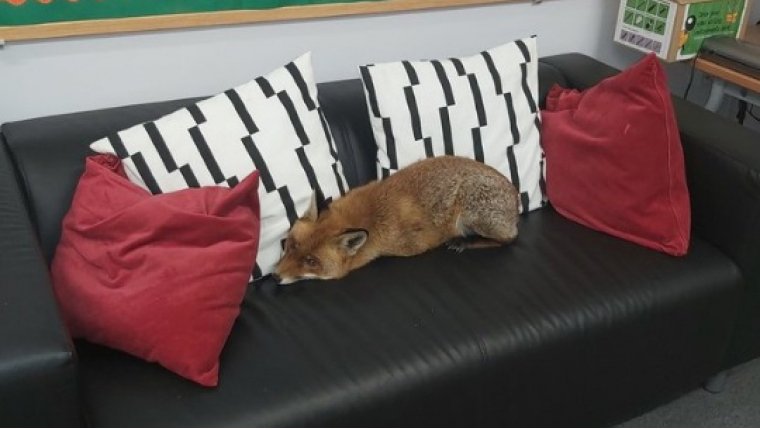 WINNIPEG - Teachers returned to school last week at St. Richard Reynolds Catholic College in London to find a wild fox sleeping on a sofa in one of their staff rooms.

The Royal Society for the Prevention of Cruelty to Animals was called in to remove the fox which was taken to be examined by veterinarians.

Since none of the school's alarms were tripped, it's believed the fox snuck in when workers unlocked the school early in the morning.