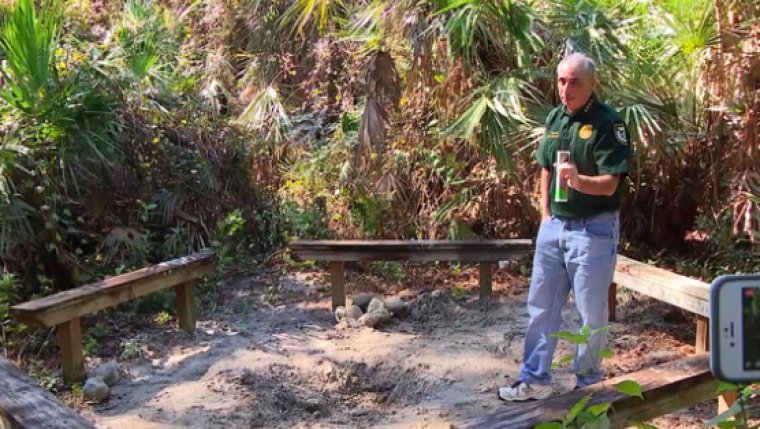 DeBRAY, FLORIDA - A 15-year-old boy in Florida confessed to killing his Mom and then burying her body near a church.

Police in Florida say the teen who strangled his mother to death then buried her body in a fire pit area near a church. Volusia County Sheriff Mike Chitwood told reporters the teen is “probably one of the top three sociopaths” he has ever seen in over years of policing.

The Sheriff told reporters they believe that over the course of two days, the teen killed his mother then enlisted the help of two friends to help him dispose of her body. He also tried to stage his home to make police think his mother was abducted and finally he made a 911 call to set his plan in motion.

There are reports that the boy strangled his Mom after a fight about his grades.

In this Reuters News video, Volusia County Sheriff Mike Chitwood says a 15-year-old boy confessed to strangling his mother to death and shares some detail of the boys actions.