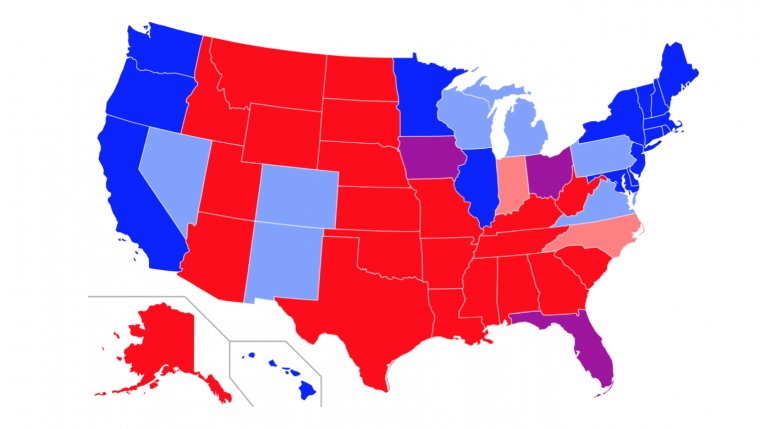 Thoughts and prayers. Those three words invariably follow the tragedy of gun violence in America. As soon as one hears an elected official utter these words, one can be certain there has been another shooting.

Thoughts and prayers have become a synonym for indifference. They are meaningless words. They are words of inaction that simply fill the empty space left by the absence of any purposeful words that might otherwise suggest action or a solution to the regular mass casualty shootings in America. They are words of helplessness, resignation and submission. They also foretell a greater peril awaiting America.

El Paso and Dayton have joined the list of American cities to experience the brutality of gun violence. Since Columbine High School shooting in 1999, an estimated 187,000 American school students have experienced shootings in their schools. And that was after America collectively said ‘never again”. Just the top 25 incidents alone have claimed almost 500 victims.

After the shootings, the usual opponents either called for some form of gun control or to launched counter attacks accusing gun control advocates of high treason for threatening the Second Amendment. One side blamed racism, Donald Trump guns and the largest gun advocate, the NRA. The other resorted to blaming poor parenting, social media, video games and mental illness.

The Lieutenant Governor of Texas even went as far as to blame the removal of the Lord’s Prayer from schools and an Ohio Senator blamed gay marriage. Both sides of the great polarized divide dug in deeper and each side spewed more visceral anger and venom across the trenches. In the end, each side was reduced to millions of incoherent screaming voices, with no one listening and no one being heard. It all amounted to noise.

In the end, all America was left with were the empty thoughts and comfortless prayers. America collectively shrugged and as the following Monday dawned, life carried on. There was no greater confidence that Dayton would be the last of the great American gun violence tragedies. But why is America unable to stop the carnage?

Because the shootings are no longer the issue and the solutions are no longer gun control or background checks. What ails America is much bigger than gun violence or disagreement on solutions. The shootings are a symptom of a much more serious disease. America is at war with itself and historic grievances and conflicts are once again dividing America into to irreconcilable solitudes.

Whether it was killing kindergartners in Sandy Hook or shooting concert goers in Las Vegas, each successive event has divided America further and set the two solitudes on an inevitable collision course. And that collision may well become the greater American tragedy.

The American War of Independence liberated America of the colonies. Since the declaration of independence in 1776, America committed itself to the promise liberty over all else. What liberty actually meant has been the subject of debate, division, violence and separation.

Less than hundred years after its liberating war, America was at war again. This time it was the American Civil War in 1861. That too was about liberty and its two polar opposite meanings. The war was over the rights of States and the rights of slaves and slave owners and the balance of power between the two opposing solitudes. There was no reconciling the two and more than half a million Americans died in the ensuing war.

The Civil War liberated slaves but did nothing to settle the question of liberty for millions of Americans. It remained divided along racial lines, particularly in the slave dependent Southern States. That divide came to a head during the civil rights movement; which was a different kind of war. It was a cultural confrontation that involved the same two solitudes that had faced off a century earlier.

Half a century later, it seems that America’s confrontations and wars were hardly cathartic. The War of Independence did not yield one indivisible nation, with liberty and justice for all. The Civil War hardly liberated America from the burdens of slavery. The erstwhile slaves and their descendants remained lesser citizens and many amongst their owners continued to project deep rooted prejudices for generations that followed.

What divided America then, continues to divide it now. The two solitudes have never reconciled their differences. Just the battle lines have been moving to different issues. From slavery in 1861 and civil rights in the 1960’s, the new American century has battle lines drawn on gun rights, immigration, abortion and gender rights.

The combatants are not organized as confederate or union states but as Red and Blue States, as rural and urban America and it increasingly appears they are unable to co-exist. A period of tenuous truce is being replaced by purges of conservative voices from Blue States and of progressive voices from Red States.

Despite rural America continuously bleeding citizens to urban America, its influence continues to increase. Within twenty years, 30 percent of America’s population will elect 70% of America’s Senate. And this 30% will be older, mostly white and rural. By comparison, the other 70% of urban, progressive, very diverse and multicultural America will elect only 30% of the Senate.

Whoever controls the American Senate controls the Supreme Court and will only occasionally need the House of Representatives or the Executive Branch to dictate America’s legislative agenda. America is already undergoing this great demographic and political shift. Its map is flush with Red States with only a few blue enclaves.

With the pending demographic and population shifts, relatively sparsely populated Red States are about to take over America’s government. In other words, America is headed towards perpetual minority rule. Donald Trump’s election may have been the first of many where the Presidency won but the popular vote lost by a wide margin.

When faced with the oppression of a permanent minority, there is no telling how the oppressed majority will react. And the majority in a nation founded on the primacy of liberty will never stand for it. America is in trouble. It is headed to another confrontation that promises more destruction than catharsis.

The French Philosopher Montesquieu had argued for a separation of powers, with different bodies of government exercising legislative, executive and judicial power, but with all three bodies subject to the rule of law. The architects of America’s constitution chose this model of government to prevent despots from taking over.

The path to hell it is said, is paved with good intent. The seeds of America’s downfall were woven into this blueprint of good intent and the failure to reconcile its two solitudes has made its system of government an even greater hell.

Forget the stalemate on gun violence. A deep chasm separates America’s opposing factions. More than two centuries of existence have not only failed to bridge that gap, it has grown. And a violent confrontation seems all the more likely because neither side appears willing to give an inch. Violence begets violence and nearly 250 years of a violent existence may end with the end of America.

Perhaps America will need walls. But not at its borders. The walls may be needed to separate Red State from Blue, American from American and the promise from the consequence of its failing.

May God save America.