A Prince is Born, Duchess of Cambridge Gives Birth to Boy 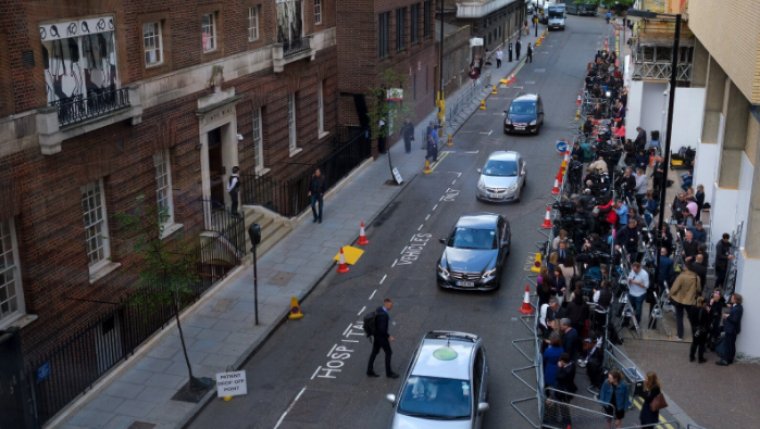 WORLD NEWS - The Duchess of Cambridge gave birth Monday to a boy, both Mom and the new Prince are reported to be doing well.

The new Royal Baby, born in the St Mary's Hospital, central London, is fifth in line to the throne, the third child of Catherine and the Duke of Cambridge and the Queen's sixth great-grandchild.

In a tweet early this morning, Kensington Palace made the announcement of the new arrival, who was born at 11:01 BST weighing 8lbs 7oz.

In another tweet, Kensington Palace said William was present for the birth and added that members of both families had been informed and were "delighted with the news".

The name of the baby will likely be announced at a later date.

Favourite names at the bookmakers include Arthur, Albert, Frederick, James and Philip.

Lucy Fielder of Reuters News has more information in this video report.