A Poppy for Intolerance 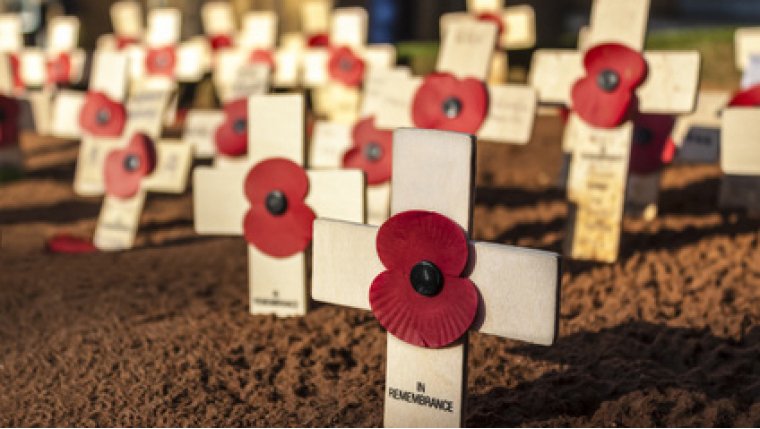 In Flanders Field is the most poignant piece of poetry I have ever come across. As much for the sacrifice it invokes as for the solemn responsibility it passes on to generations like ours who were tasked with holding the torch high. Those who once were, implored us never to break faith with that oath.

In remembrance, we wear poppies on our lapel. Both to honour the sacrifices made for our freedom and to remind ourselves of our own obligations. Remembering is not easy when humans are inherently prone to forget. It takes effort. On each November 11, I post a picture of my father in his military uniform. He served during World War II for six years. The war took him to Africa in 1939 as part of the earliest deployment of the British Indian Army. 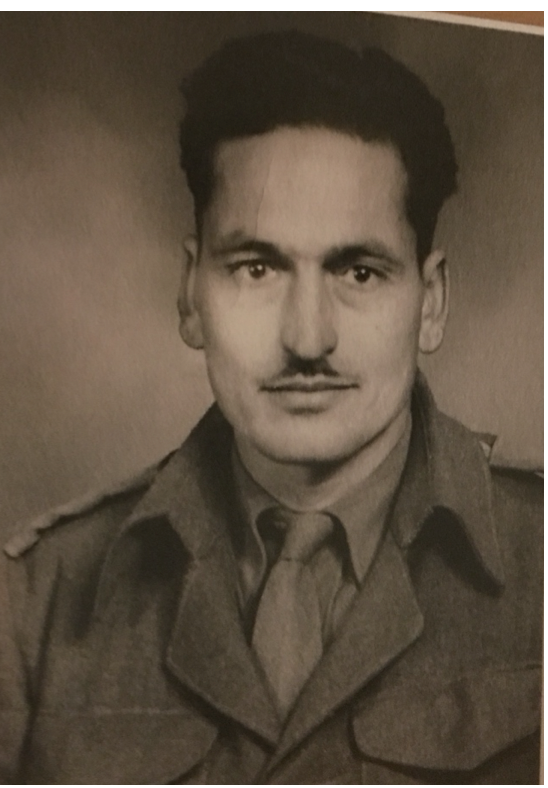 He survived six long years fighting in Africa, the Middle East and ending the war in Italy where he served as a “munitions doctor”. His job? Defusing unexploded armament and munitions dropped during the war. It is remarkable he survived. But he did. And he returned to India and went on to serve with newly independent India’s army for another 27 years. Following his retirement, he immigrated to Canada in 1980 and went to a second career with the Canadian Corps of Commissionaires. He retired for the second time in 1998. The old soldier’s final retirement was in January 2017 at the grand age of 98.

Remembrance Day is deeply personal to me. The day is inextricably intertwined with my father’s life. As an Indian and a British subject, he served in Britain’s war. But it was also his war. He served with honour and courage. He was not alone. While he was amongst the first of 200,000 Indians who joined the war effort in 1939, the number of Indians eventually swelled to over 2.5 million; the largest volunteer army in the history of the world.

Remembrance. He served with valour and honour. He survived. He lived for 70 years past the end of the war. Yet he spoke very little of it. We heard a few stories. But never any of violence or suffering or of death. He carried the burden of those memories silently. But that was not uncommon for those of his steel forged generation. War was hell and they never glorified it. I know one thing for certain; he would never want me to see, feel and face what he did.

Gratitude. It is not only our call to hold the torch high but also to extend gratitude for what they did for all of us who have followed. They did not seek gratitude. They did not fight for laurels but to defend that which they held dearest; freedom, family and country. But our remembrance can never be complete without giving our eternal gratitude, across time and generations.

We now fully know the horror of World War 2. We understand what intolerance, hatred and xenophobia can lead to. When we become intolerant towards any other, we contribute to their dehumanization. And once we stop seeing the humanity in others, there is no limit to the atrocities we can unleash.

During the November 9 Hockey Night in Canada broadcast, Don Cherry went on a tirade telling immigrants “... you people love ... come here, whatever it is, you love our way of life, you love our milk and honey, at least you can pay a couple bucks for a poppy or something like that. These guys paid for your way of life that you enjoy in Canada, these guys paid the biggest price.”

Yes, they did pay “the biggest” price so that Don Cherry can have an inalienable right to say the things he does. My father’s generation fought and sacrificed for freedom. I disagree with every word uttered by Cherry. But honouring their sacrifice means I must accept Cherry’s right to speak as he did even though every pore of my existence loathes his every word.

But holding the torch high also means that we not remain silent when people like Cherry weaponize the poppy and use it as an instrument of intolerance and division. When Cherry speaks of ungrateful immigrants, he dismisses the sacrifices of millions of men and women who fought and died fighting for “our way of life”. Cherry’s deplorable comments diminish the sacrifice of people like my father who were immigrants and are themselves the people being remembered.

Don Cherry and Ron McLean, his mute side kick, both failed those the poppy reminds us to honour. The former by using their sacrifice to spew intolerance and sow division and the latter for remaining silent when the moment called for opposing words and action. Together, Don and Ron missed the opportunity to speak to all Canadians about our solemn promise to those we follow. They could have engaged and reminded us of a great sacrifice and our enduring obligation to defend what they fought for.

Instead, one singled out ‘immigrants’ as villains and the other sat silently. In doing so, they told Canadians that some amongst us are lesser citizens and not worthy of equal regard and consideration. I know another thing for certain; my father and his fellow soldiers did not willingly put their lives on the line for that. Their motivation and purpose were exactly opposed.

Many gave all that they could. We must never forget their sacrifice. But more importantly, we must remember why they fought. They did so people like Don Cherry could speak freely without fear of reprisal. But if we are to truly honour their sacrifice, we must remember that from their failing hands, they passed us the responsibility to stand up and oppose intolerance, ignorance, division and xenophobia.

We must hold that torch high so they can sleep in peace, in Flanders Field.