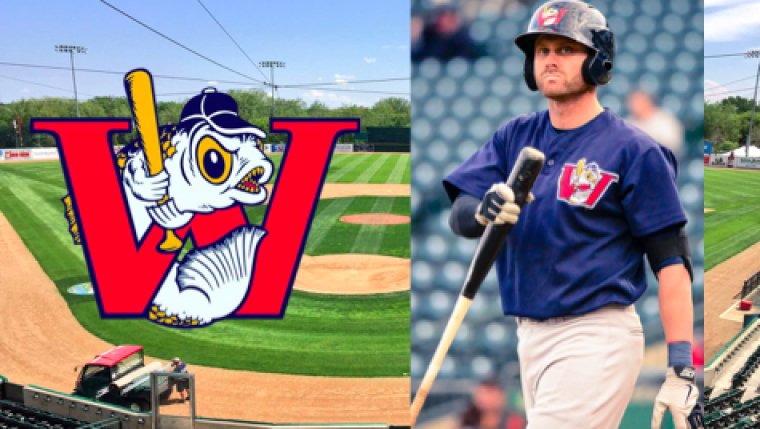 WINNIPEG, MB - There will be a familiar face in the Goldeyes lineup when they take to the field in just a couple weeks’ time, after the Fish announced they’ve signed their franchise home run leader and fan favorite Josh Mazzola for the upcoming season.

The 32-year-old returns to Winnipeg after spending the previous two seasons with the Fargo-Moorhead RedHawks. Last year, Mazzola played in all 100 regular season games for the RedHawks, hitting .239 with 15 home runs and 57 RBI.

Mazzola played for the Goldeyes from 2012-15, where he helped the club win its first championship in 18 years during the 2012 season. The 6-foot-2, 195-pound Mazzola recorded 60-plus RBI in each of the next three seasons for the Goldeyes, and led the American Association with 20 home runs in 2015.

Mazzola ranks second all-time in American Association history in career home runs (105), third in RBI (404), 10th in base hits (613), and has played in a remarkable 594 of a possible 599 games during his six years in the league.

“I’m pleased to have Josh back in Winnipeg,” said Goldeyes’ manager Rick Forney. "Josh has been a proven run producer since joining the American Association. His defensive versatility also provides us with more lineup options versus left- or right-handed starting pitchers."

With the loss of third baseman Wes Darvill who had his contract purchased by the Los Angeles Dodgers organization during the off-season, Mazzola will presumably slide into that spot. In addition to his time at third base, the versatile defender has seen extensive action at first base, shortstop, and the outfield during his time in a Goldeyes' uniform.

In 10 years of professional baseball, Mazzola has helped his team to a winning record nine times, including six playoff berths and three championships. Mazzola owns a career .276 batting average, while averaging 103 runs scored, 37 doubles, 26 home runs, and 108 RBI per 162 games played. It could be another milestone year for Mazzola, who currently sits with 917 career base hits, 83 shy of 1,000 as a professional.

The Goldeyes now have 24 players under contract for the 2018 season. American Association clubs may carry up to 28 players during spring training, which begins May 5th.