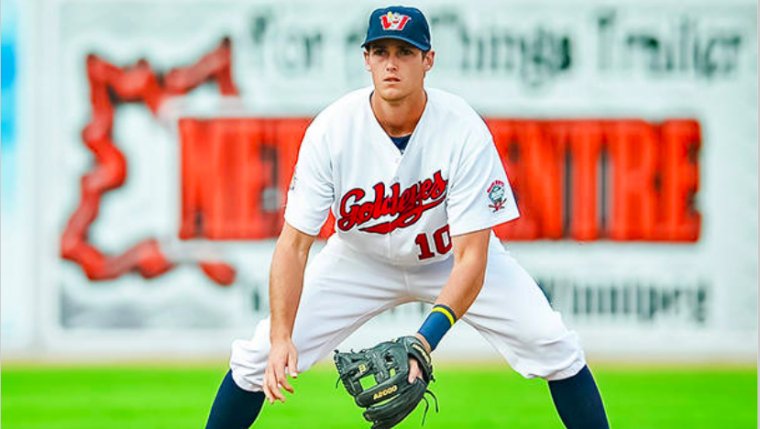 WINNIPEG - Although there is snow on the ground and baseball is not a topic on most minds, the Winnipeg Goldeyes are hard at work. Monday the Goldeyes re-signed infielder Wes Darvill.

This will be the fourth season with Winnipeg for Darvill who is coming off an all-star campaign in which he batted .317 in 88 games with 66 runs scored, 21 doubles, seven home runs, 34 RBI, and 26 stolen bases in 28 attempts. Darvill has also served as the starting shortstop for the Canadian National Team at the Pan-Am Games in Lima, Peru and the Premier12 Olympic qualifier in Seoul, South Korea.

“I’m thrilled to have Wes back in the fold for 2020,” said Goldeyes’ manager Rick Forney. “Wes has been one of the top-10, all-around players in the American Association the last few years. I’m hopeful he can repeat his 2019 success and also take on more of a leadership role within the clubhouse."

The Goldeyes now have five players under contract for the 2020 season. American Association clubs may carry up to 28 players during spring training, which begins May 7th.

WITH FILES FROM WINNIPEG GOLDEYES