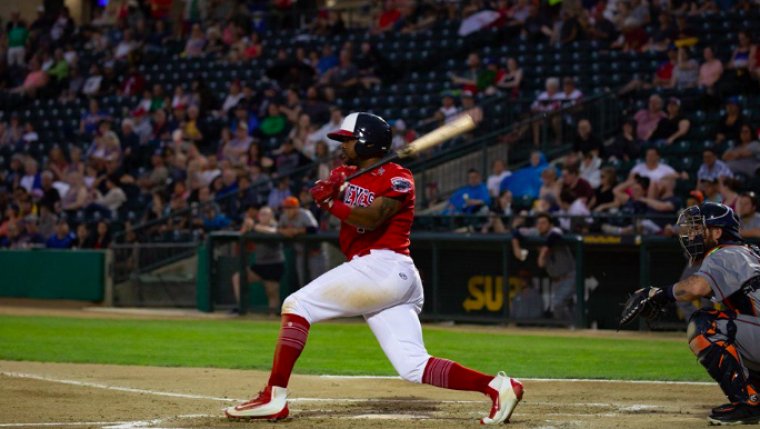 WINNIPEG - It was a 4 - 2 loss for the Winnipeg Goldeyes Saturday in Chicago against the Dogs at Impact Field.

In the bottom of the eighth inning the Goldeyes were tied at 1 when Keon Barnum lined a double that brought in Edwin Arroyo with the go-ahead run. Victor Roache followed with a two-run home run to left. 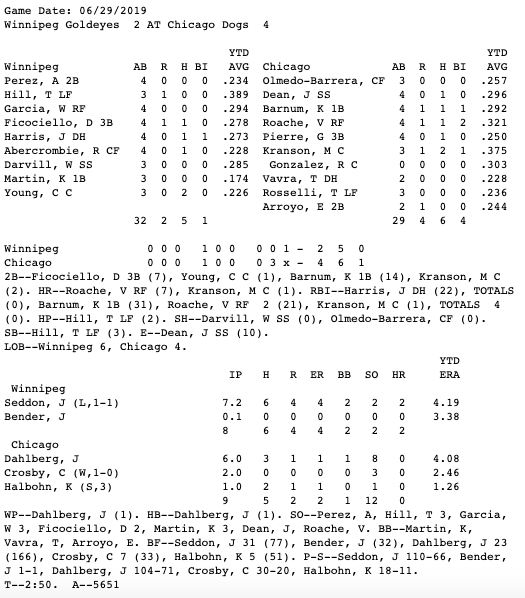 Dominic Ficociello doubled to lead the ninth inning. Two batters later, Reggie Abercrombie lined a single to right-centre that scored Ficociello and brought the tying run to the plate. Dogs’ closer Kyle Halbohn recovered and retired the next two hitters to earn his third save of the year.

Winnipeg took a 1-0 lead in the top of the fourth on a two-out, RBI single from James Harris that plated Tyler Hill. Hill was hit by a pitch leading off and stole second base for the 100th steal of his professional career.

The Dogs (19-19) answered back in the bottom half on a two-out, solo home run from Mitchell Kranson.

Casey Crosby (1-0) earned the win in relief with two scoreless innings over the seventh and eighth.

The Goldeyes return for an eight-game homestand on Monday, July 1st when they host the Fargo-Moorhead RedHawks at 4:05 p.m. Advance tickets are on sale now by visiting www.goldeyes.com/tickets or by visiting the box office at Shaw Park.

- Story provided by Steve Schuster of the Winnipeg Goldeyes