Winnipeg Goldeyes Hang on For 9-7 Win 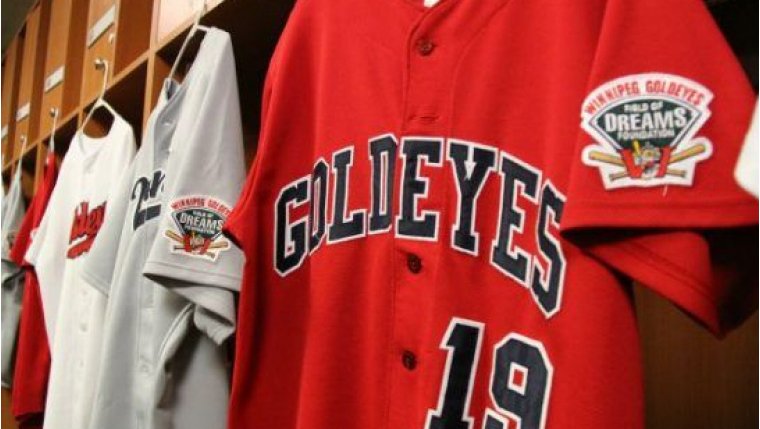 SIOUX CITY - The Winnipeg Goldeyes picked up their 23rd win of the season in a back-and-forth affair in Sioux City on Thursday night, hanging on for a 9-7 win over the Explorers at Lewis and Clark Park.

Winnipeg (23-14) scored four runs in the first inning, had an 8-1 lead in the top of the fifth, but the Explorers battled back to get within one run heading into the seventh, before an Alex Perez RBI in the top of the seventh inning stopped the comeback and secured the 9-7 win in the rubbermatch of their three-game series.

For the third consecutive game, the Goldeyes got off to a great start, scoring multiple runs in the bottom of the first. After Alex Perez and Tyler Hill were both walked, Willy Garcia scored Perez from second to record his team-leading 24th RBI of the season to put the Goldeyes up 1-0 and advancing runners to first and third. Dominic Ficociello then ripped his 15th RBI of the season with an opposite field RBI to score Hill from third. James Harris loaded the bases still with nobody out with Reggie Abercrombie up next. The Goldeyes veteran hit into a double play, but Garcia was able to score from third to put Winnipeg up 3-0.

Wes Darvill stepped to the plate and smashed an RBI triple to the warning track which scored Abercrombie from first to make it 4-0. That was it for Explorers starter Taylor Jordan who allowed four earned runs on four hits, with two walks in 0.2 innings pitched. Juan Aguilera took over for Jordan and forced Kyle Martin to fly out and stop the bleeding, but not before the Goldeyes took a 4-0 lead.

The Explorers, who have also scored in the first inning of each game in the series, kept with the theme, as Michael Lang hit his first of two home runs on the night, hammering a solo home run to cut the lead to 4-1.

Winnipeg would add to their lead in the top of the third with Willy Garcia picking up his second RBI of the game, driving a line-drive home run over the fence in center field to put the Goldeyes up 5-1.

The Goldeyes put two more on the board in the top of the fourth. Kyle Martin smoked an RBI double to right field that scored Wes Darvill from first base to put Winnipeg up 6-1. Kevin Garcia then hit a line-drive single that moved Martin to third before Alex Perez drove in his eighth run of the year with an RBI sac fly to score Martin, and up the lead to 7-1. That would be it for Aguilera who was replaced by Ryan Flores, who kept Winnipeg off the board the rest of the inning.

The Explorers got themselves back in the ball game in the bottom of the fifth, scoring four runs in the inning and chasing Goldeyes starter Ryan Johnson from the game. With runners on first and second, Kyle Wren hit a one-out double to score Sebastian Zawada and cut the lead to 8-2. Michael Lang was up next and with two men on, picked up his second home run of the game, sending a three-run shot over the wall to cut the lead to 8-5, and ultimately end the night for Johnson. Tyler Garkow took over for Johnson who took a no decision, allowing five earned runs on five hits, three walks and three strikeouts in 4.1 innings pitched. Garkow would get the Goldeyes out of the inning without allowing another run.

The Explorers kept their momentum going in bottom of the sixth, adding another pair to get within one. After retiring Dexture McCall, Christian Torres replaced Tyler Garkow on the Goldeyes mound. Drew Stankiewicz welcomed Torres by hitting a one-out double to left field before being driven home by another double from Sebastian Zawada, making it 8-6. With two outs, Kyle Wren smacked an RBI triple to center field, and suddenly the Explorers were within one to at 8-7. With the red-hot Michael Lang coming to the plate, Rick Forney called on right-hander Brandon Bingel to try to stop the momentum, and he did just that, forcing a putout and stranding the tying run at third. Bingel would go on to retire all five batters he faced in the game, striking out three, and even more importantly, stopping the Explorers momentum.

After giving up six consecutive runs, the Goldeyes finally found a way back on the scoreboard in the top of the eighth. With Kyle Martin on second after a double to left field, Alex Perez hit a two-out RBI over the head of Michael Lang in right center field to score Martin and improve the lead to Winnipeg lead to 9-7.

Victor Cappelan came in for the bottom of the ninth and picked up his league-leading 14th save of the season, securing the series win for Winnipeg in the last regular season meeting between the Explorers and Goldeyes.

Winnipeg will now hit the road to Rosemont Illinois where they’ll begin a three-game set against the Chicago Dogs beginning tomorrow night. All the action can be heard locally on 93.7 FM CJNU and worldwide atwww.cjnu.ca

The Goldeyes return home on Monday, July 1st when they host the Fargo-Moorhead RedHawks at 4:05 p.m. Advance tickets are on sale now by visiting www.goldeyes.com/tickets or by visiting the box office at Shaw Park.