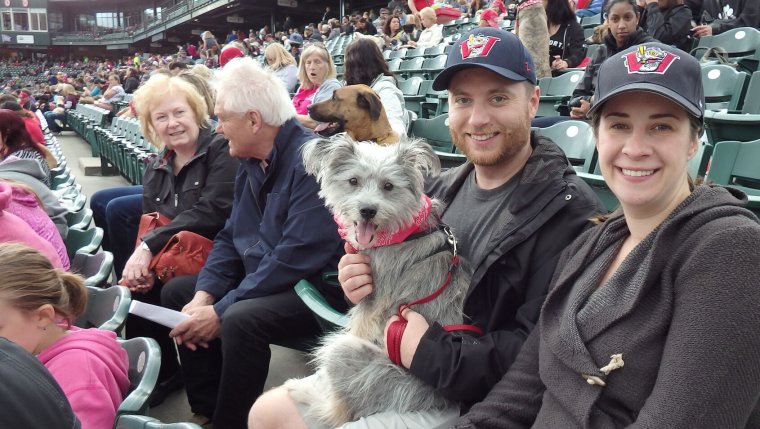 WINNIPEG, MB - Any opportunity to sit at Shaw Park and take in a baseball game is a good day, but the Winnipeg Goldeyes are adding even more reasons to go with their game-day promotions this summer.

If it wasn’t enough getting to watch the three-time defending American Association champions take to the field this summer, the Goldeyes promotional team has once again knocked their game-day promotions and events out of the park for 2018.

The Goldeyes announced Phase 2 of their promotional schedule, and there’s something for everyone. In what has become one of the most popular games of every season, the month of July begins with the Goldeyes’ annual celebration of Canada Day. The nation's 151st birthday takes place on Sunday, July 1st at 1:05 p.m. when the Goldeyes close out a four-game series against the St. Paul Saints wearing special Canada Day jerseys.

Following a seven-game road trip through Sioux City and Fargo-Moorhead, the Goldeyes return home for a four-game set against Sioux Falls. The second game of the Canaries series is on Tuesday, July 10th, and marks the third and final Kids Day matinee of the season (11:05 a.m. first pitch) which will include a toothbrush giveaway courtesy of Children’s Dental World.

During a pre-game ceremony on Thursday, July 12th, the Goldeyes will retire the number “22” in honour of former manager Hal Lanier. Lanier piloted the Goldeyes for 10 seasons from 1996-2005, helping the franchise to eight playoff berths and five trips to the Northern League Championship Series. Fans can stay after the July 12th game and enjoy the fifth of seven fireworks spectaculars by Archangel Fireworks

Baseball Bingo returns on Saturday, July 14th, presented by Shark Club Winnipeg. All fans in attendance for the 6:05 p.m. match against Gary SouthShore receive a free bingo card. Each bingo card is marked with events that will transpire throughout the night, and fans can mark them off for a chance to win great prizes.

Prior to the Goldeyes "Country Night" Game on Tuesday, July 24, Danny's Whole Hog will host a BBQ on the Promenade of Shaw Park. Enjoy delicious Pulled Pork on a Bun with Danny's Special BBQ Sauces and a Pop for just $5. Proceeds will benefit the Goldeyes Field of Dreams Foundation. The festive atmosphere continues the following night when the United Fire Fighters of Winnipeg present Christmas in July.

On July 26th, fans young and old can dress up as their favourite comic book characters when the Goldeyes host their first ever Super Hero Night.

Saturday, July 28th is the Goldeyes’ annual Pajama Party, Movie, and Sleepover. The Goldeyes take on the rival Fargo-Moorhead RedHawks at 6:00 p.m. After the game, families are invited to pitch their tents in the Shaw Park outfield, enjoy a movie on the videoboard, and sleep under the stars.

Phase three (August-September) of the Winnipeg Goldeyes' 2018 promotional schedule will be released in full detail next week. Additional promotions and giveaways may be added to the schedule at a later date.

Friday, May 25th vs. Sioux Falls