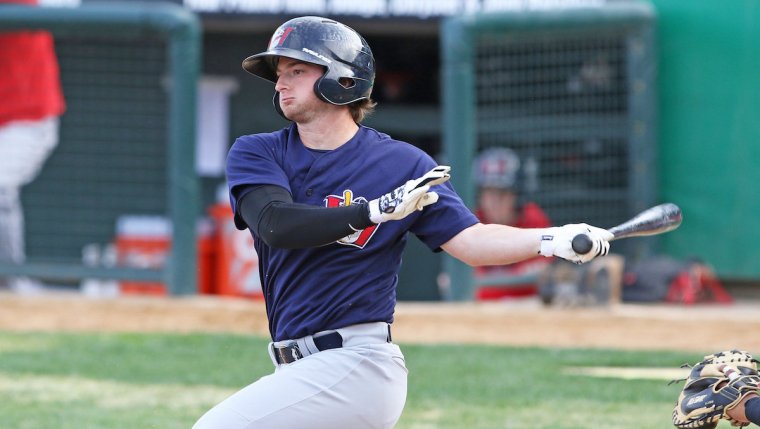 WINNIPEG - Let’s call it even.

The Winnipeg Goldeyes, after a 5-4 loss on Tuesday night, beat the Fargo-Moorhead RedHawks 7-6 on Wednesday evening at Shaw Park in downtown Winnipeg.

The Goldeyes were trailing 5-4 in the bottom of the sixth when Matt McCann drew a two-out walk and then stole second. Grant Heyman then singled to score McCann and tie the game

After Tyler Beardsley pitched a perfect seventh, the Goldeyes scored twice in the bottom half to take the lead. Jonathan Moroney led off and beat out an infield single ad then advanced to second when Ty Moore ripped a single to right. Moroney took third when Reynaldo Rodriguez lined out to deep left-centre, and scored the go-ahead run on a two-out wild pitch from RedHawks' reliever Travis Ballew. Moore went first to third on the wild pitch before Reggie Abercrombie singled to right to make it 7-5.

Edwin Carl got the start and then staff ace Kevin McGovern relieved Carl in the top of the third and struck out the side. Beardsley (1-0) earned the win in relief for the Goldeyes, while Cameron McVey earned his first save of the spring. Carl allowed only one run over two innings, walked two and struck out four. Offensively, 11 different Goldeyes collected a base hit.

The Goldeyes and RedHawks play another pre-season game on Friday morning at Newman Outdoor Field in Fargo. First pitch is scheduled for 11:00 a.m.