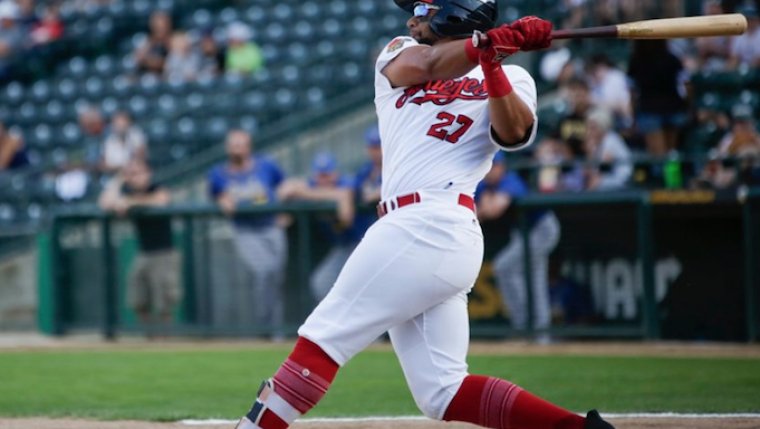 In 40 games since joining the Goldeyes in late-June, Hill batted .375 with 32 runs, 14 doubles, four home runs, 28 RBI, and 16 stolen bases. The 23-year-old rattled off an 18-game hitting streak from June 30 ththrough July 18th. Hill had 23 multi-hit games, and set a career-high with five RBI on Tuesday night in the Goldeyes’ 15-10 win over the Lincoln Saltdogs. Hill was seven plate appearances shy of qualifying for the American Association leader boards, and would have held a 17-point lead in the batting race over Sioux Falls Canaries’ second baseman Alay Lago.

Hill was originally drafted by the Boston Red Sox in the 19th round in 2014 out of the Delaware Military Academy. During his six years in affiliated ball—which included a stop in the New York Yankees’ organization earlier this season—Hill compiled a .271 batting average, a .351 on-base percentage, and reached the High-A level on two occasions.

Hill is expected to report to the High-A Carolina League’s Wilmington Blue Rocks in his home town of Wilmington, Delaware.

Hill is the fourth Goldeye to have his contract purchased in 2019, and the third since the start of spring training. The Goldeyes have now sold 78 contracts all-time to Major League organizations.

The Winnipeg Goldeyes open a four-game series against the Milwaukee Milkmen on Friday, beginning with a double header at Routine Field. First pitch for game one is at 4:05 p.m. All the action can be heard locally on 93.7 FM CJNU and worldwide at ww.cjnu.ca