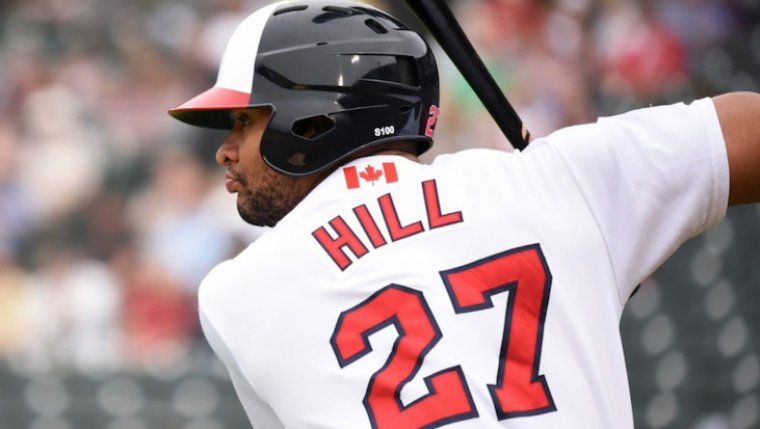 LINCOLN, NE – The Lincoln Saltdogs scored twice in the bottom of the ninth inning to sweep the Winnipeg Goldeyes (28-23) with a 3-2 win in the finale of a three game set in Lincoln, NE.

Trailing 2-1 in the bottom of the ninth, the Saltdogs connected on four consecutive hits off the American Association’s save leader Victor Capellan to secure the come-from-behind win at Haymarket Park.

Forrestt Allday and Randolph Oduber began the rally for the Saltdogs with a pair of singles, putting runners on first and second for Cody Regis who knocked home Allday with a single to tie the game. That set the stage for Curt Smith who ripped a game-winning RBI double to the wall to score Oduber and give Lincoln the series sweep.

The game featured two of the best left-handers in the American Association with Goldeyes Mitch Lambson facing Saltdogs Kyle Kinman, and they didn’t disappoint. Both pitchers came into the game ranked in the top 10 in ERA, and they both improved their numbers on Thursday night with impressive performances.

The scoring came early, with the Saltdogs getting on the board in their first at bat when Christian Ibarra put a shot over the deepest part of the field off of Lambson to give Lincoln a 1-0 lead.

Winnipeg, who had yet to score a run against a Saltdogs starting pitcher in the series, answered with a pair of runs in the top of the second. With Wes Darvill and Reggie Abercrombie on base after back-to-back singles, James Harris smacked an RBI double to left to score Darvill and tie the game at one. Moments later Kevin Garcia would drive home Abercrombie from third to give Winnipeg a 2-1 lead.

From there, Lambson and Kinman took over, combining for 14 strikeouts on the night. Lambson came into the game with the second-most strikeouts at 60, and added another seven to his total, while Kinman, who came in ranked ninth in the league with 53, reached the 60 strikeout mark with seven of his own.

Tyler Hill extended hitting streak to 12 consecutive games with a hit in the top of the eighth inning.

Lambson finished with seven strikeouts, one walk, one earned run on five hits in 7.2 innings.

The Goldeyes will now head to St. Paul where they’ll open up a three-game set against the Saints beginning Friday night. All the action can be heard locally on 93.7 FM CJNU and worldwide atwww.cjnu.ca

The Goldeyes return home on Tuesday, July 16th when they host the Sioux Falls Canaries. Advance tickets are on sale now by visitingwww.goldeyes.com/ticketsor by visiting the box office at Shaw Park.