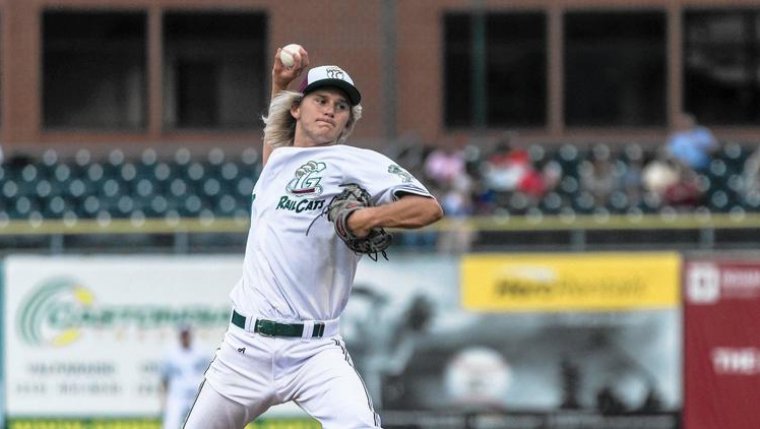 Pautsch made four starts for the Gary SouthShore RailCats as a true rookie last season, posting a 1-0 record with a 3.15 ERA. The San Clemente, California native held the opposition to three or fewer earned runs in all four of his starts, and issued just three walks in 20.0 innings pitched. The RailCats were 3-1 in Pautsch’s four outings, three of which came against teams that finished the regular season with 57 or more wins (Fargo-Moorhead, Wichita, and Winnipeg). The 6- foot-4, 185-pound right-hander fared well against the Goldeyes on July 7th, holding Winnipeg to one earned run in four innings while taking a no-decision at US Steel Yard. Pautsch earned his first career win on July 16th after pitching seven strong innings versus Salina.

“I’m really pleased to add Marshall to the pitching staff,” said Goldeyes’ manager Rick Forney. “I liked what I saw from him last year. I know it was a small sample size, but I was really impressed with the way he attacked our lineup with a no- fear mentality. He started games against some of the best teams in the American Association and really showed well.”

Pautsch signed with the RailCats following a stellar college career at California Lutheran University (Thousand Oaks, California). During his senior season in 2017, Pautsch helped the Kingsmen to a Division-III National Championship with a 10-3 record, a 3.31 ERA, and 105 strikeouts in 114.0 innings. The 23-year-old Pautsch combined for a 23-6 record and a 3.60 ERA at California Lutheran from 2015-17, while graduating with a degree in Business Management. Pautsch retains rookie status in the American Association for the 2018 season.

The Goldeyes now have 19 players under contract for the 2018 season. American Association clubs may carry up to 28 players during spring training, which begins May 6th.

Files from the Winnipeg Goldeyes