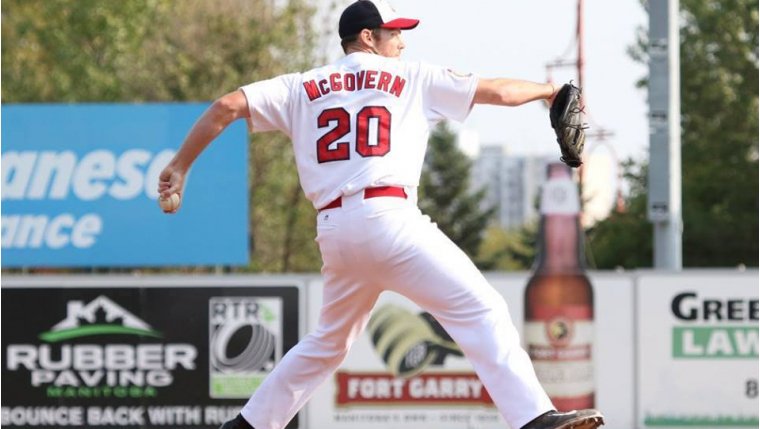 WINNIPEG - The Winnipeg Goldeyes were hoping to see a record-breaking night on Saturday night, but they weren’t expecting it to come from a player.

In the team’s annual Bark at the Park night, the organization was looking to break the Guinness World Record for a record for the most dogs to ever see a professional baseball game.

973 dogs attended Saturday night’s game at Shaw Park, coming up just short of the record set by the Chicago White who had 1123 pooches come to U.S Cellular Field in 2016.

The disappointment was short-lived, as the dogs and their owners were still able to witness a record-setting night, this one coming from Goldeyes starting pitcher Kevin McGovern. The 29-year-old struck out the first eight batters who came to the plate, setting a new franchise record, suprassing the previous record of six consecutive strikeouts, which was set most recently by Matt Rusch in 2012.

McGovern finished the night with 14 strikeouts and one earned run on just three hits in 7.2 innings.

Kevin Garcia and Josh Mazzola each picked up RBI’s in the bottom of the fourth inning, and that’s all the runs the Goldeyes would need on the night as the Goldeyes picked up their third win in a row.

Victor Capellan would finish the night off for Winnipeg, picking up his league-leading 10th save of the season, giving the Goldeyes a 2-1 win.

The two clubs wrap up their three-game series tomorrow afternoon with a 1:00 first pitch at Shaw Park.