Goldeyes Re-Sign Pitcher of the Year 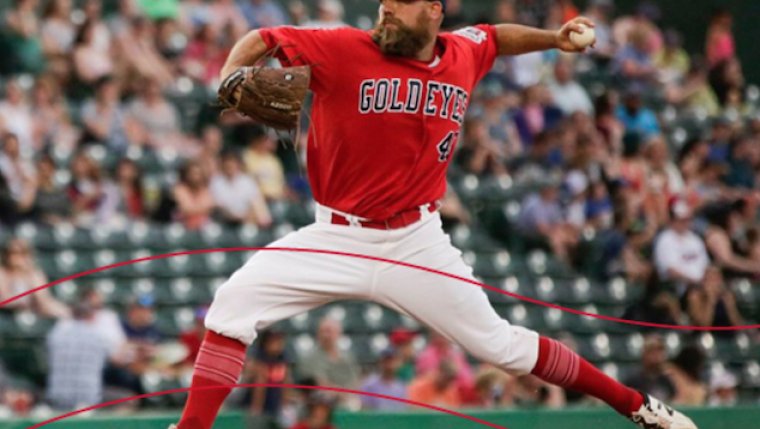 Lambson was voted the American Association’s Pitcher of the Year after going 13-4 with a 3.11 ERA in 21 starts. The Montclair, California native ranked first in the league in wins, fifth in ERA, second in strikeouts (133), first in innings pitched (150.2), and first in Wins Above Replacement among pitchers (4.0). Lambson also paced the circuit with four complete games, including a pair of nine-inning shutouts on June 13th at Gary SouthShore and August 12th at St. Paul. Lambson pitched seven innings or more in 15 of his 21 starts and managed at least six frames in 19 of them. The 150.2 innings set a Goldeyes’ single-season record and placed ninth all-time in American Association history.

“I’m very glad Mitch has elected to play with us again for the 2020 season,” said Goldeyes’ manager Rick Forney. “He’s coming off arguably the best season ever by a Goldeyes’ starting pitcher, and possibly in American Association history. Mitch’s game-to-game consistency was remarkable to watch, and I hope he can continue to give our club a solid chance to win again every fifth day when he takes the ball.”

Following the American Association season, Lambson made four starts for the Atlantic League’s Southern Maryland Blue Crabs where he was 3-1 with a 1.35 ERA. In total, the 29-year-old left-hander completed his 2019 season 16-5 with a 2.84 ERA over 177.1 innings.

Lambson is heading into his 10th season of professional baseball and his fourth with the Goldeyes. The 6-foot-1, 205-pound Lambson is 59-32 lifetime with 10 saves and a 3.29 ERA in 279 games, 54 of them as a starting pitcher. Lambson has averaged 8.4 strikeouts per nine innings as a professional versus only 2.3 walks. The Houston Astros drafted Lambson (19th round, 2011) out of Arizona State University (Tempe, Arizona) where he helped the Sun Devils reach the College World Series in 2009 and 2010. Lambson has six years of experience in affiliated ball and reached the Triple-A level with three different organizations (Houston, Atlanta, and Milwaukee). Lambson first joined the Goldeyes in 2017 where helped Winnipeg to the American Association championship.

Additionally, the Goldeyes placed left-handed pitcher Joel Bender on irrevocable waivers for the purpose of granting his release. Bender was 2-3 with a 5.24 ERA in 46.1 innings for the Goldeyes last season and has elected to retire from professional baseball.

The Goldeyes now have seven players under contract for the 2020 season. American Association clubs may carry up to 28 players during spring training, which begins May 7th.