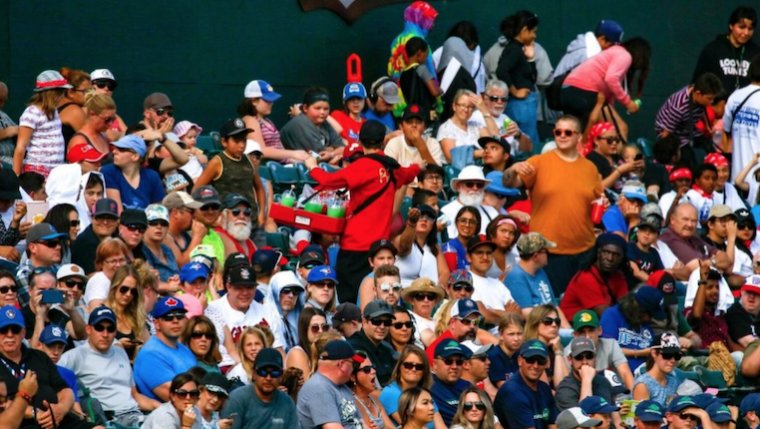 The Goldeyes finish the season with 57 wins, which is the most in franchise history for a non-playoff team.

The Goldeyes also shattered two American Association records. Winnipeg finishes the year with a .987 team fielding percentage, besting the league record of .982 set by the 2017 Lincoln Saltdogs. The Goldeyes also committed just 48 errors in 100 games, the fewest in league history. The 2017 Saltdogs held the previous record with 65 errors.

The Goldeyes jumped out to a 3-0 lead in the bottom of the first inning. Reggie Abercrombie and Kyle Martin hit back-to-back one-out singles. Willy Garcia then singled home Abercrombie with the game’s first run. It was Abercrombie’s 371st run in a Goldeyes’ uniform, which is a new franchise career record. Dominic Ficociello made it 2-0 with an RBI fielder’s choice, while Jonathan Moroney capped the inning with a two-out, RBI double.

The Goldeyes loaded the bases with no outs in the bottom of the second and opened a 5-0 lead on a Wes Darvill sacrifice fly and an Abercrombie RBI single.

Sioux Falls cut into the lead in the top of the fourth on a Michael Hart RBI double.

The Goldeyes answered with three runs in the bottom half. Abercrombie hit a sacrifice fly to centre that scored Rey Pastrana, while Willy Garcia and Ficociello chipped in RBI singles.

The Canaries pulled within 8-2 in the top of the fifth on an RBI single from Jordan Ebert.

Martin lined a solo home run down the right field line with one out in the bottom of the sixth to re-extend the lead to 9-2.

Burt Reynolds hit a solo homer in the top of the seventh, and Alay Lago hit a two-out, two-run double in the top of the ninth, but Victor Capellan retired Clint Coulter as the tying run at the plate to end the game.

Parker French (6-6) started for the Goldeyes and picked up the win, allowing two earned runs on six hits over six innings. French walked two and struck out five.