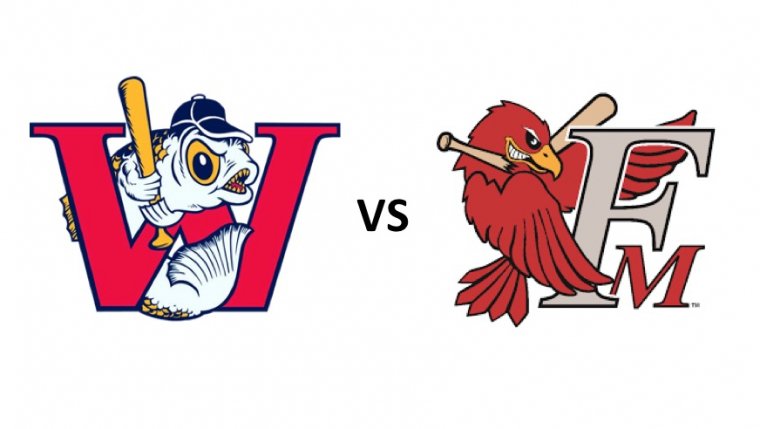 WINNIPEG – The Goldeyes lost 7-4 to the Fargo-Moorhead at Shaw Park on Saturday evening.

The RedHawks jumped out to a 3-0 lead in the top of the first. Tim Colwell singled through the right side on the first pitch of the game and advanced to second when Maikol Gonzalez bunted for a single up the first base line. Two batters later, Chris Jacobs hit a three-run home run to left-centre, extending his hitting streak to 20 games.

Goldeyes’ starting pitcher Mitchell Lambson settled in after the Jacobs homer, retiring the next 14 batters to face him, and 17 of the next 18.

The Goldeyes pulled within 3-2 on a pair of clutch hits in the fourth. Josh Mazzola lined a single to centre on an 0-2 count with one out. Two batters later, Jordan Ebert launched a triple to left-centre that scored Mazzola. Tyler Baker followed with a double to right-centre that scored Ebert.

“I thought we were two pitches away from potentially winning that game,” said Ebert. “I was hoping we could bail Lambson out. He’s pitched so well for us over the past few starts, but we couldn’t get him off the hook. (Colwell) their leadoff guy was hitting well tonight. Sometimes it goes like that. It was good to see some fight, but I wish we could’ve come out on the other end.”

Lambson pitched around a leadoff double in the top of the sixth. In the seventh, Lambson nearly escaped a second and third, no-out jam before Colwell ultimately hit a grand slam homer to right-centre that extended the RedHawks’ lead to 7-2.

Winnipeg answered with two runs in the bottom of the inning. Ebert walked leading off. After RedHawks’ starter Trey McNutt retired the next two hitters, Ebert stole second and scored on a double down the right field line from Matt McCann. Josh Romanski followed with an RBI single down the left field line.

Trailing 7-4 in the eighth, the Goldeyes put the tying runs on base before right-hander Travis Ballew worked out of the bases loaded jam.

Randy McCurry pitched a perfect bottom of the ninth to earn his 11th save of the year.

Lambson (5-3) took the loss, allowing seven earned runs on seven hits in six and two-thirds innings. Lambson walked one and struck out three.

Jack Charleston and PJ Browne combined for two and one-third shutout innings in relief of Lambson.

The series concludes Sunday afternoon at 1:05 p.m. Tyler Herron (5-7, 6.41) goes to the mound for Winnipeg. The RedHawks have not yet announced their starting pitcher. Tickets for all Goldeyes’ home games are on sale now by visiting www.ticketmaster.ca/Goldeyes, or visiting any Ticketmaster location, including the box office at Shaw Park.