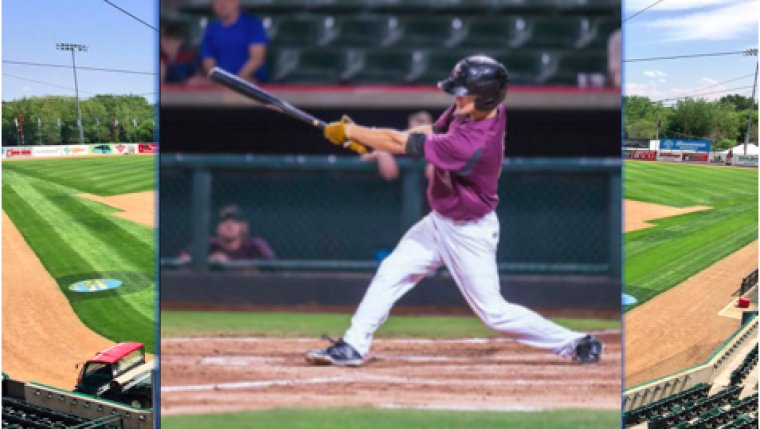 WINNIPEG, MB - The Winnipeg Goldeyes added even more firepower and skill to the lineup, announcing they’ve signed outfielders Dalton Wheat and Grant Heyman to the club for the upcoming season.

Wheat might be a familiar name to American Association fans, after putting up impressive numbers in his rookie season with the Kansas City T-Bones in 2016. After joining the T-Bones midway through the season, Wheat appeared in 67 games as a rookie, finishing the season batting .335, and fell just short of qualifying for the American Association batting race in which he would have ranked fifth. Wheat scored 28 runs with eight doubles, three triples, 27 RBI, and nine steals. Those numbers didn’t go unnoticed, and at seasons end Baseball America ranked Wheat the number one prospect in independent baseball.

The Augusta, Kansas native had his contract purchased by the Miami Marlins from Kansas City that December and shared time with two Marlins' affiliates last year, playing in a combined 49 games for the Low-A South Atlantic League's Greensboro Grasshoppers and the High-A Florida State League's Jupiter Hammerheads. Wheat gained notoriety with both the T-Bones and Marlins for wearing leather work gloves as opposed to traditional batting gloves during his at bats.

The 24-year-old left-handed hitter and right-handed fielder did not commit an error in 40 total games in the outfield while batting .232 with 26 runs scored, seven doubles, two triples, one home run, 20 RBI, and five stolen bases. Over his first two seasons of professional baseball, Wheat is a .364 hitter with runners in scoring position (99 at bats) and a .294 hitter with two outs and runners in scoring position (51 at bats).

Heyman brings some more power to the Goldeyes lineup, putting up some impressive numbers in the Arizona Diamondbacks’ organization last season, batting .239 with 18 home runs and 70 RBI in 112 games for the High-A California League's Visalia Oaks.

The 24-year-old from Pittsford, New York ranked seventh in the California League in home runs, 10th in RBI’s, while adding 52 runs scored and 24 doubles.

“I’m excited to see both Dalton and Grant,” said Goldeyes’ manager Rick Forney. "I feel both players can be solid contributors in the American Association. Dalton has a dynamic skill set offensively. Grant has big time power potential."

In a separate move, the Goldeyes traded right-handed pitcher Jordan Wellander to the Can-Am League's New Jersey Jackals in exchange for a player to be named later. Wellander was signed on January 15th and posted a 2.27 ERA in 35.3 innings last year for the Frontier League’s Joliet Slammers.

The Goldeyes now have 21 players under contract for the 2018 season. American Association clubs may carry up to 28 players during spring training, which begins May 6th.

The Winnipeg Goldeyes open the 2018 season on May 18th on the road against the Cleburne Railroaders. The Goldeyes' 2018 home opener is Friday, May 25th versus the Sioux Falls Canaries at Shaw Park.