Five Homers by Winnipeg Goldeyes Make All The Difference 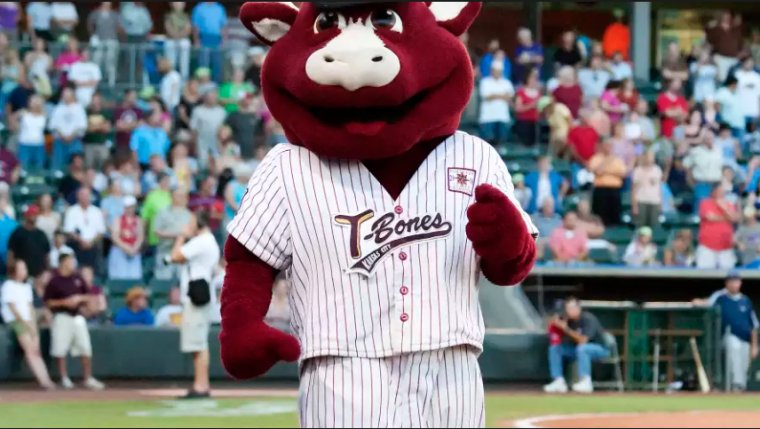 Trailing 11-7 in the top of the eighth inning, the Goldeyes rallied for five two-out runs to take the lead. After Josh McAdams singled to right with one out, Josh Romanski beat out a potential inning-ending double play ball on a groundball to second. Grant Heyman lined a double off the top of the wall in left-centre, and the Goldeyes pulled within 11-9 on a Reggie Abercrombie two-run single up the middle. It was Abercrombie’s fifth hit of the night, which is one shy of the Goldeyes’ single-game record. Abercrombie finished 5-for-5. Josh Mazzola was next, and hit a deep flyball down the right field line that was misplayed by Keith Curcio. Abercrombie scored while Mazzola went to second with the tying run. The Goldeyes moved in front 12-11 when Tucker Nathans smacked a two-run, opposite-field home run to left. The hits by Nathans and Heyman came off left-hander Joe Filomeno. Left-handed batters were 3-for-30 against Filomeno entering the game.

Victor Capellan took over in the bottom of the eighth. Curcio led off with a single before Capellan retired Ryan Brett on a popout to shortstop. Tyler Baker threw out Curcio trying to steal on a close play at second. Abercrombie then robbed Mason Davis with a sliding catch in right-centre to end the inning.

In the top of the ninth, Baker crushed a long home run halfway up the grass berm in right-centre to stretch the lead to 13-11.

Capellan retired the side in order in the bottom half to record his 21st save of the year. The 21 saves are now tied with Ryan Chaffee for second on the Goldeyes’ single-season list. Capellan is one save shy of Oscar Montero’s record of 22 set in 2004.

The Goldeyes jumped out to a 6-0 lead over the first three innings thanks to three home runs. In the top of the first, Heyman and Abercrombie singled back-to-back with one out. Mazzola lifted a three-run shot to left to drive in the game’s first runs. Mazzola now has 16 home runs and 37 RBI in just 22 career games at T-Bones Stadium.

Romanski singled through the right side leading off the second, and Winnipeg opened a 5-0 advantage when Heyman lined a two-run, opposite-field shot into the Goldeyes’ bullpen in left-centre.

Blake Adams connected on his first career home run with one out in the third, a solo shot on a towering flyball to straightaway centre field.

Beginning with four in the bottom of the fourth, Kansas City scored 10 unanswered runs to take a 10-7 lead. With the bases loaded and one out, Noah Perio Jr. ripped a three-run double into the right field corner. Adrian Nieto followed with an RBI single through the right side.

Trailing 6-4 in the bottom of the fifth, Kansas City again loaded the bases with one out. After Zack Dodson relieved Goldeyes’ starter Alex Boshers, Todd Cunningham’s fielder’s choice scored Curcio to pull the T-Bones within 6-5. Colin Walsh tied the game on a sharp groundball up the middle. Goldeyes’ shortstop Andrew Sohn made a diving play to prevent the ball from going into centre before Cunningham beat Sohn’s flip to the second base bag. Brett scored the tying run on the infield single. Perio was next, and hit a three-run homer to right that put the T-Bones in front 9-6. Alay Lago chipped in a two-out, RBI single later in the frame.

The Goldeyes scratched out a run in the top of the sixth when Abercrombie singled home McAdams with two outs.

Perio hit a solo shot to left leading off the bottom of the seventh to re-extend the lead to 11-7. Perio finished with two home runs and seven RBI.

Jack Charleston (2-2) earned the win in relief for the Goldeyes. Filomeno (4-2) took the loss for the T-Bones.

Brandon Bingel pitched a scoreless inning in relief for Winnipeg. Nine different Goldeyes had at least one base hit. The Goldeyes’ five home runs and 20 hits are a season-high.

The Goldeyes return home on Monday, August 27th when they host the St. Paul Saints. Tickets for all Goldeyes’ home games are on sale now by visiting www.ticketmaster.ca/Goldeyes, or visiting any Ticketmaster location, including the box office at Shaw Park.