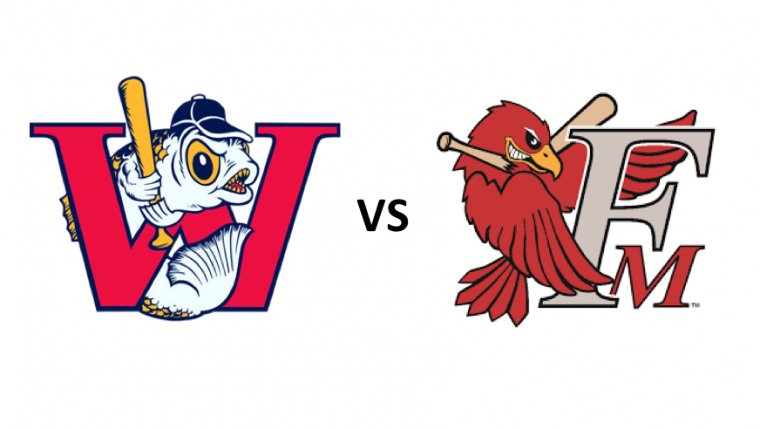 FARGO, ND – The Goldeyes lost 7-6 to the Fargo-Moorhead at Newman Outdoor Field on Saturday night.

Tied at 6-6 in the bottom of the ninth inning, Brennan Metzger drew a leadoff walk, stole second, and advanced to third when Leobaldo Pina reached on an error charged to Tommy Mendonca. After Steve Zimmerman popped out to shortstop, Keury de la Cruz lifted a sacrifice fly to deep centre that scored Metzger with the winning run.

The Goldeyes forced the final half inning when Mendonca crushed a two-out, two-run home run to right in the top of the ninth. The homer came two batters after Josh Romanski worked a full count walk to bring the tying run to the plate.

Winnipeg took a 3-0 lead with three runs in the top of the second. Reggie Abercrombie came back from an 0-2 count and lined a single to left on the eighth pitch of his at bat. Mendonca followed with a line drive, two-run homer to right. After RedHawks’ starter DJ Brown retired the next two hitters, JJ Gould walked while Grant Heyman was hit by a pitch. Tucker Nathans then lined a two-out single to right that scored Gould with the Goldeyes’ third run.

In the bottom of the second, de la Cruz doubled down the right field line and was driven home on a single up the middle from Chris Jacobs.

Tim Colwell tripled to right with one out in the third, and scored on a Maikol Gonzalez sacrifice fly to centre that cut the Goldeyes’ lead to 3-2.

The RedHawks (24-22) took their first lead in the bottom of the fourth when Devan Ahart hit a two-out, two-run home run to left-centre.

The Goldeyes rallied to tie the game in the top of the seventh. Heyman singled through the right side with one out. After Andrew Woeck relieved Brown, Nathans singled to right. Two batters later, Romanski ripped a two-out, RBI single down the right field line that scored Heyman.

The RedHawks re-took the lead in the bottom of the frame. Colwell singled leading off, took third on an errant pickoff attempt, and scored on a Gonzalez single up the middle. Steve Zimmerman added an RBI single later in the inning to push Fargo’s lead to 6-4.

Randy McCurry (3-2) picked up the win in relief for the RedHawks. Pete Perez (0-3) took the loss for the Goldeyes.

PJ Browne started for Winnipeg and took a no-decision, allowing two earned runs on four hits over three innings. Browne walked one and struck out none.

Brown also took a no-decision for the RedHawks, allowing four earned runs on five hits in six and one-third innings. Brown walked three and struck out none.