A Pair of Left-Handed Hurlers Join The Goldeyes. 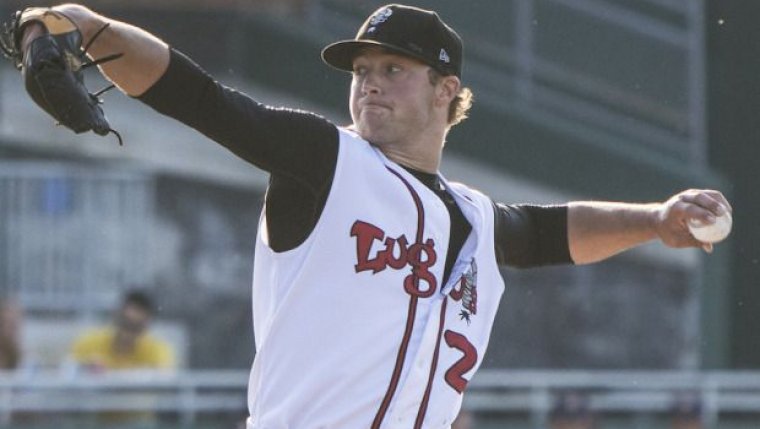 WINNIPEG - The Winnipeg Goldeyes have just two spots remaining on their roster when training camp starts in a couple weeks after the club announced they’ve signed left-handed pitchers Shane Dawson and Ross Vance.

Dawson and Vance become the 25th and 26th players to sign with the club this off-season. American Association clubs may carry up to 28 players during spring training, which begins May 5th.

Dawson suited up for the Double-A Eastern League's New Hampshire Fisher Cats (Toronto Blue Jays' organization) last season, finishing with 4-9 with a 6.16 ERA in 18 starts and nine relief appearances. The Fort McMurray, Alberta native struck out 62 batters in 111.0 innings pitched, which marked the third consecutive year in which Dawson threw 100.0 or more innings. The 24-year-old left-hander pitched all of 2016 at Double-A New Hampshire, finishing tied for fifth in the Eastern League with 10 wins, and allowing two or fewer earned runs in 17 of his 26 starts.

“I’m pleased to add both Shane and Ross,” said Goldeyes’ manager Rick Forney. Shane has been a really successful starter in his career with the Blue Jays. Shane hit a little bump in the road last year, and I'm hopeful we can get him back to being the guy he was from 2014-16."

Originally drafted by the Blue Jays in the 17th round in 2012 out of Lethbridge Community College (Lethbridge, Alberta), the 6-foot-1, 215-pounder is 36-29 with two saves and a 4.04 ERA in six seasons of professional baseball. In 86 career starts, Dawson has walked three batters or less in 76 of them. Dawson was a member of the Canadian National Team that captured the Gold Medal at the 2015 Pan American Games, and represented Canada again during the 2017 World Baseball Classic.

Vance split time with two St. Louis Cardinals' affiliates last year, combining for a 2-6 record with one save and a 5.14 ERA in 61.1 innings for the High-A Florida State League's Palm Beach Cardinals and the Double-A Texas League's Springfield Cardinals. The sidearm throwing Vance struck out 64 batters, while allowing just one home run and did not allow an earned run in 25 of 37 relief appearances.

"Ross has a really good mix of pitches, and has shown the ability to strike guys out," said Forney. "He could end up being a really valuable piece to our bullpen."

The Cardinals purchased Vance's contract from the United Shore League's Birmingham-Bloomfield Beavers in June of 2016. The 6-foot, 180-pound left-hander was assigned to the Rookie Appalachian League's Johnson City Cardinals where he was 3-0 with a 2.48 ERA and 54 strikeouts (40.0 innings pitched). During his first two seasons of professional baseball, Vance has averaged 10.5 strikeouts per nine innings, while holding opposing left-handed hitters to a .204 average.

Additionally, the 26-year-old has won a championship in each of his first two pro campaigns (2016 with Johnson City and 2017 with Palm Beach) and just like the Goldeyes, will be looking to make it a three-peat in 2018.