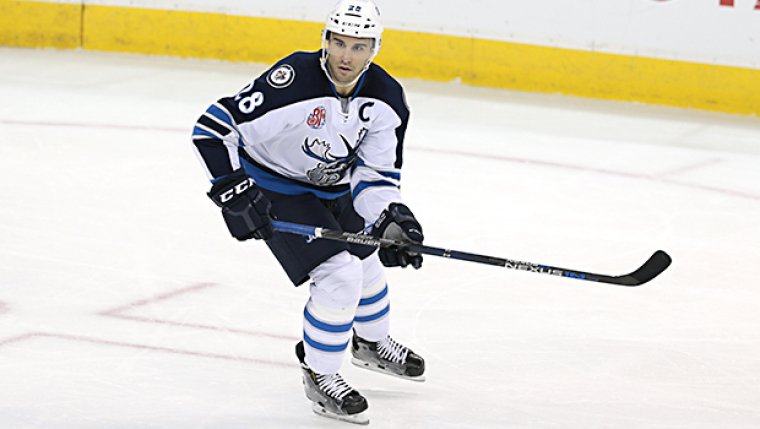 WINNIPEG, MB - Thanks to a loss by the Milwaukee Admirals on Saturday, the Manitoba Moose will be heading to the playoffs for the first time since re-locating back to Manitoba in 2015.

The Moose still have three games remaining before beginning the post-season, and wrapped up their home schedule last night with a 4-3 loss to the Bakersfield Condors. With it being the last regular season home game, the hockey club presented its 2017-18 team awards.

Moose captain Patrice Cormier took home the Most Valuable Player award after posting 41 points (21G, 20A) in 67 games this season. The Moncton, NB native took over the Moose franchise lead for points by a centre, played in his 400th career game, and recorded his 100th career assist this season. His 21 goals and +25 plus/minus rating both rank second on the Moose heading into the final three games of the season.

Sami Niku won the Moose Defenceman Award after an impressive rookie season. The Haapavesi, Finland native started his rookie season on a tear, putting up six points in his first six games and has registered 53 points (16G, 37A) in 73 games, ranking second among AHL defencemen. This past week, Niku, who has recorded at least one point in 40 of his 73 games played this season, became just the fifth defenceman since 1975 to be named to the AHL First All-Star Team in his rookie season.

Rookie of the Year honours were split between Mason Appleton and Niku. Appleton shattered the rookie record for assists and points, compiling 63 points (21G, 42A) which leads AHL rookies on the season, while Niku holds a 19-point lead among rookie defenders. The pair also became the first rookie teammates since 1988-89 to be named to the AHL First All-Star Team and earned AHL All-Rookie Team honours. Appleton would also receive the Three Stars Award, leading the way with 90 ‘star points’ this season. Appleton was named a game star in eight of the 37 home games he has appeared in this season, earning first star honours three times, second star twice and third star once.

The Moose will head on the road for the final three games of the regular season with a pair against Cleveland this Thursday and Friday before concluding the regular season schedule on Sunday with an afternoon tilt against the Chicago Wolves.