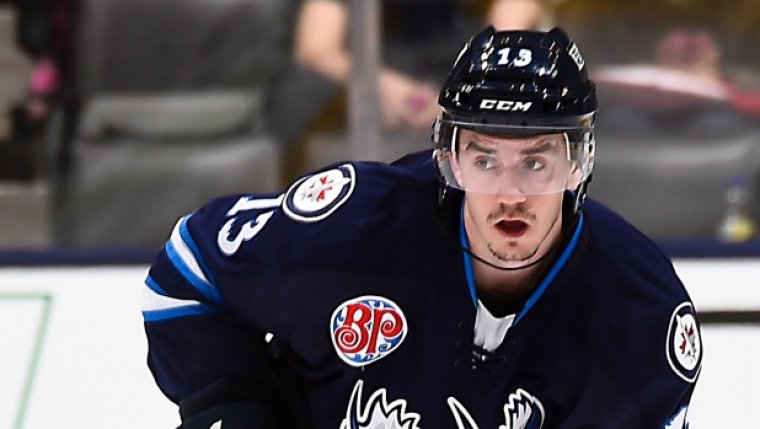 WINNIPEG, MB - A tired Manitoba Moose hockey club was ready to head home on Tuesday night, but they still went out and dominated the San Antonio Rampage. Too bad they couldn’t take advantage of a number of outstanding opportunities in a game they should have won.

Andrew Agozzino and Nicolas Meloche each had a goal and an assist as they ked the San Antonio Rampage to a 4-2 win over the Moose in front of 3,330 at AT$T Center in San Antonio.

It was the final game of a seven-game road trip for the Moose who finished the grueling test with a record of 3-3-1. Manitoba was 3-1-1 heading into Cedar Park, Tex., on Saturday night, but lost the final two games of the trip, 6-4 to Texas and 4-2 to San Antonio.

On Tuesday night, the Rampage jumped out to a quick 3-0 lead and never looked back. Michael Spacek with his 14th of the season and Buddy Robinson with his 24th, got the Moose to 3-2 early in the third, but Meloche put it away with an empty netter at 19:40.

The Moose outshot San Antonio 34-16 but Rampage goaltender Joe Cannata was outstanding. With 32 saves, he was clearly the difference in the game. Jamie Phillips made 12 stops for the Moose. The Moose went zero-for-seven on the power play while the Rampage was one-for-six.

The Moose will now play eight straight games at home beginning on Thursday night as the Stockton Heat come to town. Game time is 7 p.m. at Bell MTS Place.

THE NOTEBOOK: Mason Appleton tied Brendan Kichton's franchise record for assists by a rookie with his 38th of the season… Moose captain Patrice Cormier recorded the 100th assist of his AHL career. It was his 408th game… Nic Petan dished out his 36th assist of the season while Appleton picked up his 38th… Manitoba’s JC Lipon and San Antonio’s Connor Bleackley got into a scrap in the second period and both were handed fighting majors.