Moose Fight Back to Win Game One 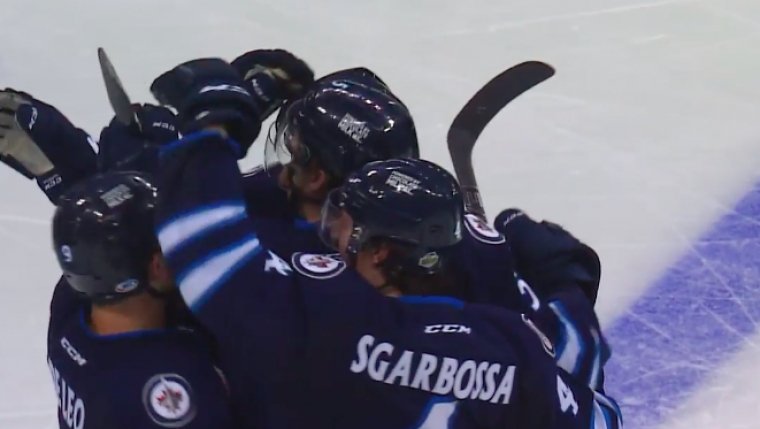 WINNIPEG - The Manitoba Moose start their playoff run strong with a win in front of the home crowd of over 5,0000.

Moose goaltender Eric Comrie stole the show in the first making 19 saves in the period, including a post-to-post effort to shut down a scoring chance on a Grand Rapids power play. The Griffins did get one puck past Comrie as Ben Street got the puck following a face-off and put it in the net.

The Moose started the second period behind 1 - 0 which obviously gave them momentum in the second. Manitoba outshot Grand Rapids by a 16-8 count in the period. The Moose were unable to get on the board and Comrie kept Grand Rapids at bay keeping it 1-0 through two periods.

The third period belonged to the Moose. Jan Kostalek tied the game 6:22, firing a shot from the point for his first career playoff goal. Then Turner Elson restored the Griffins' lead with 7:19 remaining. That didn't stop Manitoba, Cameron Schilling's point shot redirected into the goal off a defender 31 seconds after Elson's goal. Comrie came up large again with the game tied, turning away a Matthew Ford breakaway. With overtime on everyones mind, the Moose go to the power play. That's when Nic Petan found Michael Spacek cross-ice who put the puck just inside the far post with 1:09 remaining. The Moose held onto their first lead of the game to take Game 1 by a 3-2 final score.

With files from the Manitoba Moose