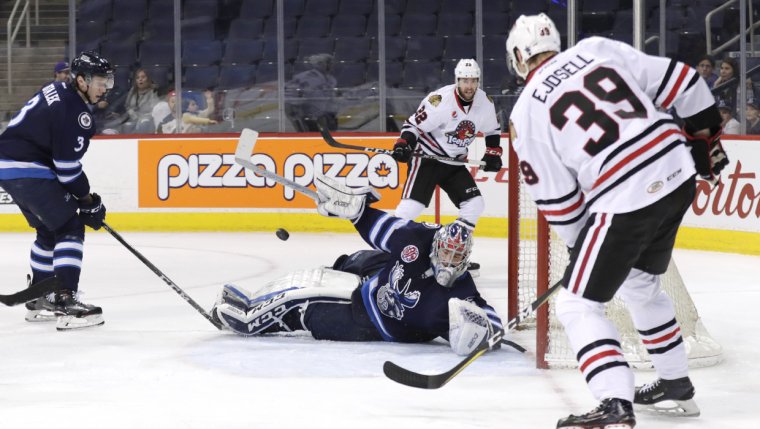 WINNIPEG - The Manitoba Moose lost game one of the Central Division Finals in their Calder Cup playoffs Friday in front of 3,816 fans at Bell MTS Centre.

Watch all the game highlights here.

The Moose and Rockford IceHogs had a slow and cautious start to the game with the first goal coming at 3:04 left in the period. Buddy Robinson tucked the puck around Collin Delia and into the Rockford net. Robinson's goal and nine saves from Eric Comrie gave the Moose a 1-0 lead after 20 minutes.

The IceHogs eventually evened up the contest at the 11:53 mark in the second period when Victor Ejdsell used his backhand to score Rockford's first of the series. The score at the end of the second was 1-1. 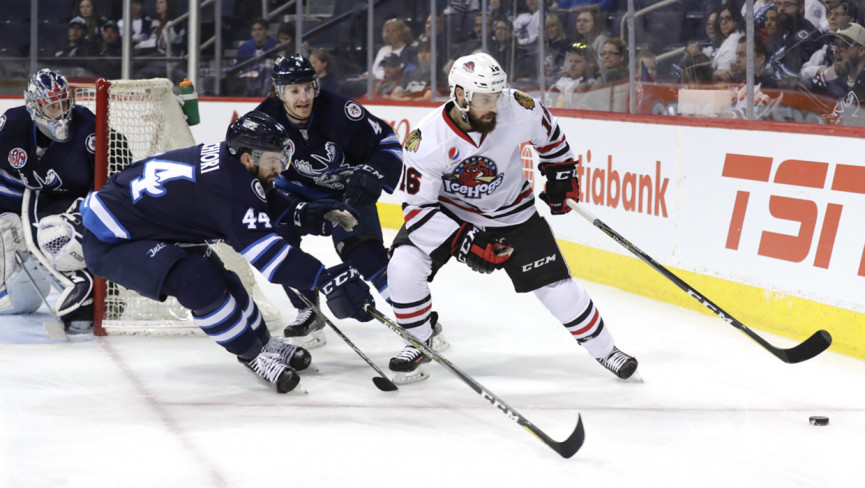 The IceHogs scored early to start the third at 3:29 on a goal by Tyler Sikura giving Rockford its first lead of the night. Less than a minute later, John Hayden scored on a one-timer to extend the IceHogs lead. Cody Franson added a an empty netter with 58 seconds remaining. The Moose didn't give up though, scoring with 27 seconds to go when Jan Kostalek beat Collin Delia, but it wasn't enough. IceHogs take game one with a final score of 4-2.