Moose Did Everything But Win 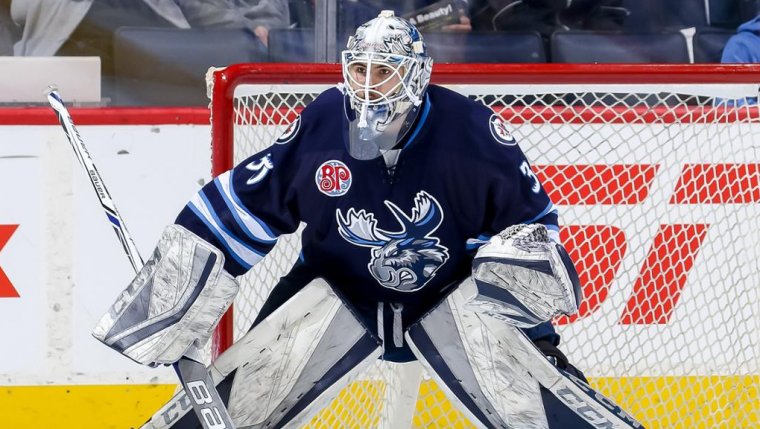 WINNIPEG, MB - It was another night in which the Manitoba Moose did everything except find a way to win.

Trailing 3-1 heading into the final period, the Moose completely control play for almost all of the 20-minute stretch. And still, they gave up a goal to Rockford’s William Pelletier at the 11:08 mark and by the time Jan Kostalek scored his fifth of the season at 16:24, this one was all but over. The IceHogs had escaped with a two-goal victory.

Despite the loss, their second straight in the third game game of an eight-game homestand, the Moose remain in first place in the American Hockey League’s Central Division. However, it is getting tighter. The Moose are now 39-21-4-4 this season and lead the second-place Chicago Wolves by just three points. The Moose have eight games remaining this season.

Cody Franson and Henrik Samuelson gave Rockford a 2-0 lead after the first period, but Mason Appleton, with his 20th of the season, cut the advantage to 2-1 at the 10:21 mark of the second. But Tyler Sikura scored at 16:59 of the second and the Moose found themselves behind the eight ball.

Collin Delia made 32 saves in the IceHogs net and was named the game’s first star. Jamie Phillips stopped 25 of 29 in the Moose net.

Special teams had a lot to do with the outcome The Moose went zero-for-five on the power play while the IceHogs were two-for-four.

The Moose have five more at home and then will finish the AHL schedule on the road at Cleveland and Chicago. The Moose play again on Wednesday night at 7 p.m. at Bell MTS Place. It’s the revenge match against Rockford.