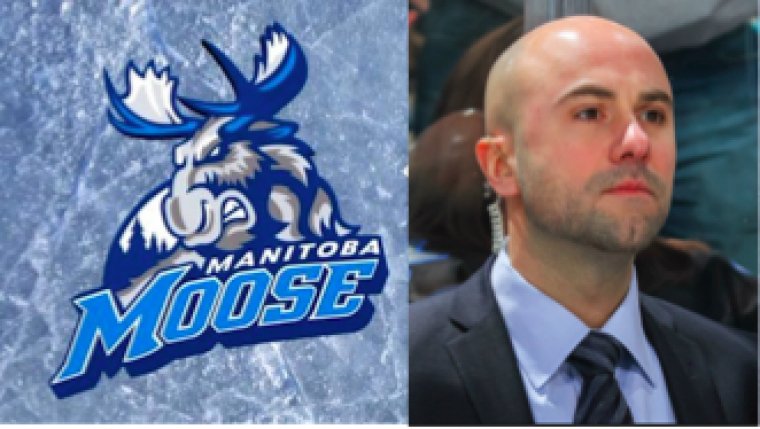 WINNIPEG, MB - After a regular season that saw the Manitoba Moose jump from a seventh-place finish in the Central division last season, to competing for a division title down the stretch this season, the American Hockey League announced that head coach Pascal Vincent is the winner of the Louis A.R. Pieri Award as the AHL’s outstanding coach for the 2017-18 season.

The 46-year-old from Laval, Quebec has already guided the team to a 20-point improvement over last season with three games remaining.

Manitoba currently ranks in the top five in the league in goals-for (3.36, T-3rd) and goals-against per game (2.66, fifth). The team also improved its power play ranking from 13th in 2016-17 to second in the league this season, and its penalty killing from 29th in the AHL to 14th at this point of the campaign.

Vincent, in his second season as head coach of the Moose, has helped the club set multiple franchise records this season, including a 16-game run without a regulation loss (Nov. 15 - Dec. 22), and 13-straight home games without a regulation loss (Oct. 15 - Dec. 22). Manitoba recorded its best first half in franchise history with a 25-8-3-2 record, resulting in Vincent representing the team at the 2018 AHL All-Star Classic. In addition to the new team marks, 10 players on the Moose roster have recorded career highs in at least one offensive category.

Vincent is the second head coach of the Moose to be recognized by the league, following Scott Arniel who received the honour in 2008-09.

Prior to joining the Moose, Vincent was an assistant coach with the Winnipeg Jets for five seasons. He was one of the original hires on the Jets' coaching staff when the team moved to Winnipeg from Atlanta in 2011. Before joining the Jets organization, was a head coach in the QMJHL for 12 seasons with Montreal and Cape Breton, earning coach of the year honors in 2007-08.

The Moose will head on the road for the final three games of the regular season with a pair against Cleveland this Thursday and Friday before concluding the regular season schedule on Sunday with an afternoon tilt against the Chicago Wolves.