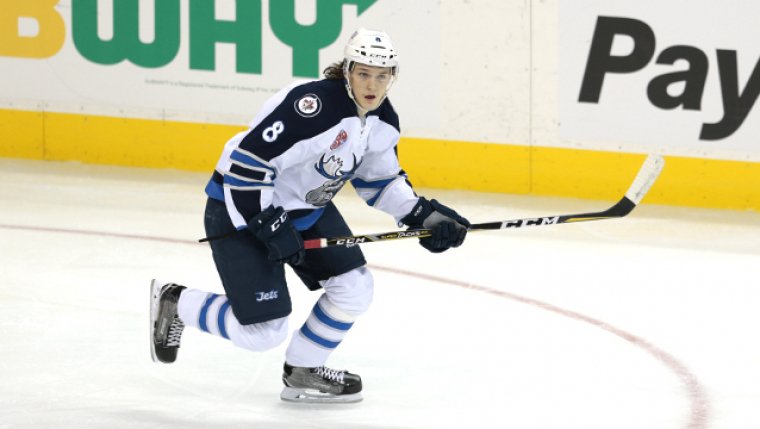 WINNIPEG, MB - The Stockton Heat got a little revenge from the Manitoba Moose on Saturday night.

Thanks to a tremendous 29-save first-star performance by goalie Jon Gillies, the Heat beat the Moose 3-1 in front of a great crowd of 6,248 at Bell MTS Place.

With the Heat leading 2-0 through the first two periods, Sami Niku scored Manitoba’s only goal at 2:22 of the third. Cam Maclise and Francis Beauvillier drew the assists on Niku’s 14th of the year, but that’s as close as Manitoba would come.

Spencer Foo scored his 20th of the year for Stockton into an empty net at 19:22 of the third to put the game away.

Despite the loss, in the second game of an eight-game homestand, the Moose remain in first place in the American Hockey League’s Central Division. The Moose are now 39-20-4-4 this season and lead the second-place Chicago Wolves by five points.

The Heat outshot the Moose 34-30. Manitoba’s Jamie Phillips had a solid night, making 31 saves. He might have been better than Gillies. The Moose went zero-for-two on the power play while the Heat was one-for-four.

The Moose have nine games remaining this season. They have six more at home and then will finish the AHL schedule on the road at Cleveland and Chicago. The Moose play again on Monday night at 7 p.m. at Bell MTS Place against the Rockford IceHogs.