Manitoba Moose on Brink of Elimination 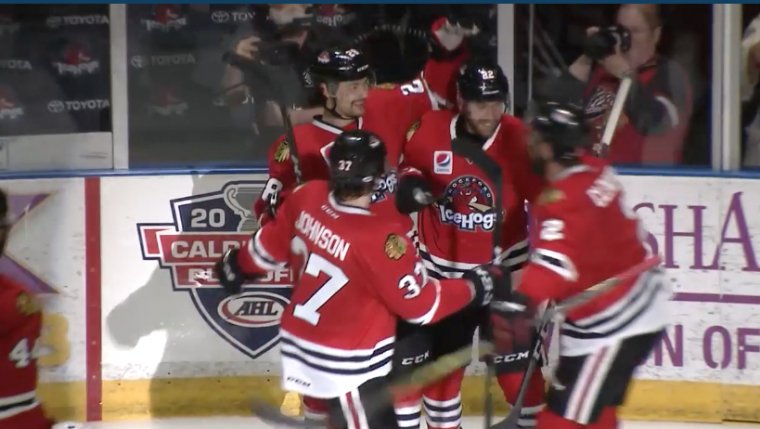 WINNIPEG - The Manitoba Moose fell to the IceHogs Wednesday night in Rockford putting them on the brink of elimination.

At the BMO Harris Bank Center in Rockford there were many chances for both teams. Moose goalie, Eric Comrie, came up with a couple of big stops, in fact both of the goaltenders were busy making a combined 29 saves in the period as the teams went to the intermission tied at 0.

The Moose got on the board first with a goal 1:19 into the second from Julian Melchiori. The Moose lead held until Tyler Sikura scored a power play goal for Rockford at 6:26 of the second. The IceHogs quickly added another goal 67 seconds later on a shot by Victor Ejdsell. Eric Comrie once again came up with some key stops with the Moose on a penalty kill keeping the score at 2 -1 as the period ended.

Not giving up, the Moose cam out hitting in the third, however the IceHogs extended their lead with a goal by William Pelletier. The Moose pulled the goalies with 3:45 to go in the third. They had a couple very good chances, but Delia turned them aside. The IceHogs put one in the empty net to take Game 3 by a final score of 4-1.