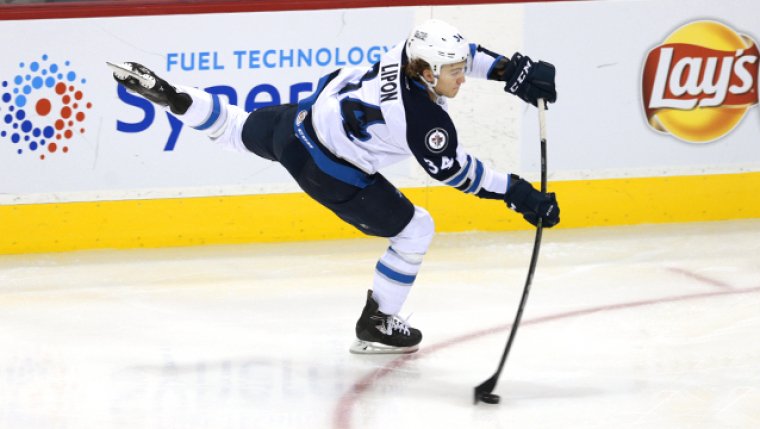 WINNIPEG, MB - A hat-trick by JC Lipon and a strong performance by AHL Second Team All-Star Michael Hutchinson put a halt to the longest losing streak of the season for the Manitoba Moose.

On Friday night in front of 4,434 at Bell MTS Place, Lipon scored his 15th, 16th and 17th goals of the season to lead the Moose to a 4-1 win over the Bakersfield Condors.

The win put a halt to a five-game home losing streak and propelled the Moose back into first place in the American Hockey League’s Central Division, one point ahead of the Chicago Wolves. The Moose are now 40-24-4-4 on the season. The Moose are now 2-5-0 on their current eight-game homestand. They play their final home game of the year on Sunday afternoon at Bell MTS Place.

The Moose opened the scoring as Michael Spacek notched his 15th of the season at 6:48 from AHL first-team All-Star Mason Appleton (41) and Brendan Lemieux (22). Then, less than a minute later, Lipon scored his first of the game to give Manitoba a 2-0 lead.

After a scoreless second period, Bakersfield’s Josh Currie scored his 20th of the season on the power play at 4:02 of the third period to make it 2-1, but Lipon scored from Brody Sutter and Jake Kulevich at 15:17 to extend Manitoba’s lead to 3-1. Lipon tallied an empty netter from Chase De Leo at 18:39 to put the game away and the hats hit the ice.

The Moose went zero-for-one on the power play while the Condors were one-for-three. The Moose outshot Bakersfield 31-24. Michael Hutchinson made 23 saves in the Moose net and improved his record this season to 16-5-4-1. His goals against average is now 2.16 and his save percentage is a brilliant .934.

The Moose have one more game at home on this eight-game homestand (2-5-0) and then will finish the AHL schedule on the road at Cleveland and Chicago. The Moose play again on Sunday afternoon at 2 p.m. at Bell MTS Place, against the Bakersfield Condors.