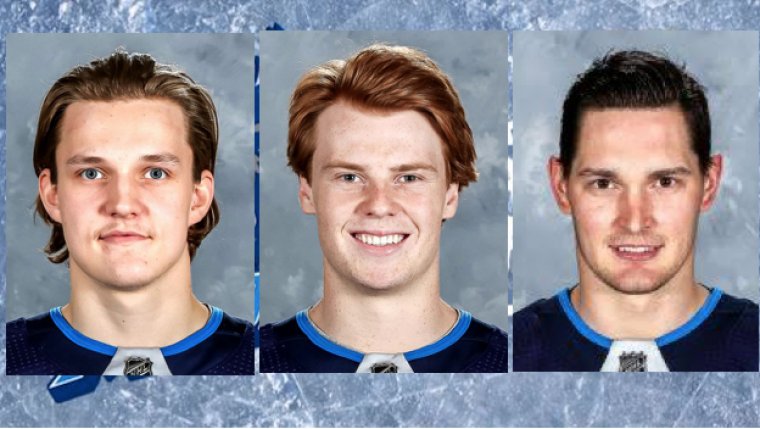 WINNIPEG, MB - The Manitoba Moose have a great young team this season. The league’s All-Star Team announcement proved just that.

Appleton, who is only 22, leads the Moose with 21 goals and 61 points – along with six game-winning goals -- in 71 games this season. He has already set franchise records in assists and points by a rookie and is the first Moose player to reach the 60-point plateau since the 2008-09 season.

Appleton, who hails from Green Bay, Wis., leads all AHL rookies in scoring and is fourth in the league's overall points race. A sixth round (168th overall) selection by the Winnipeg Jets in the 2015 NHL entry draft, Appleton represented the Moose at the 2018 AHL All-Star Classic.

Niku, who is even younger than Appleton at 21, is tied for second on the Moose with 52 points in 71 games. Like Appleton, Niku has already made his mark in the Moose record books with the most points by a rookie defenseman in franchise history. His 52 points in 2017-18 are the fifth-most by a defenseman in team history and most since the 2000-01 season. A seventh round (198th overall) selection by the Jets in 2015, Niku is tied for the AHL lead in points by a defenseman and has the best plus/minus rating among the league's top six scoring defenders. He also has 15 goals this season.

Niku, who lives in Haapavesi, Finland in the off-season, made his NHL debut with the Jets on Tuesday, scoring a goal in the Jets 5-4 victory over Montreal.

Hutchinson, who hails from Barrie, Ont., has allowed two goals or less in 15 of his 24 starts this season.

The Moose wrap up their 2017-18 regular season home schedule this weekend when they play host to the Bakersfield Condors on Friday night at 7 p.m. and Sunday afternoon at 2 p.m.