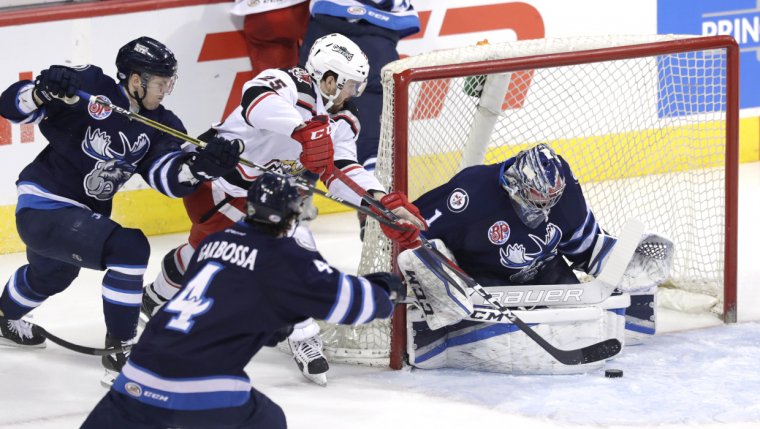 WINNIPEG - The Moose fell to Grand Rapids 5 to 1 Sunday in game two of their Central Division Semi-Final series.

The Moose scored first and fast as Francis Beauvillier whacked away at a loose puck in the crease to force it over the line at 2:43 into the period. Then Grand Rapids went to work getting the next four goals of the period. Matthew Ford, Eric Tangradi , Turner Elson's wrister and Ben Street each scored one in the first to send the visitors to the dressing room with a 4-1 advantage.

The officials went to work in the third period with the teams combining for 57 penalty minutes. Jamie Phillips took over in the Moose net for his first professional playoff action and stopped all 15 shots he faced. Grand Rapids skated to the 5-1 victory and evened the best-of-five series 1-1.