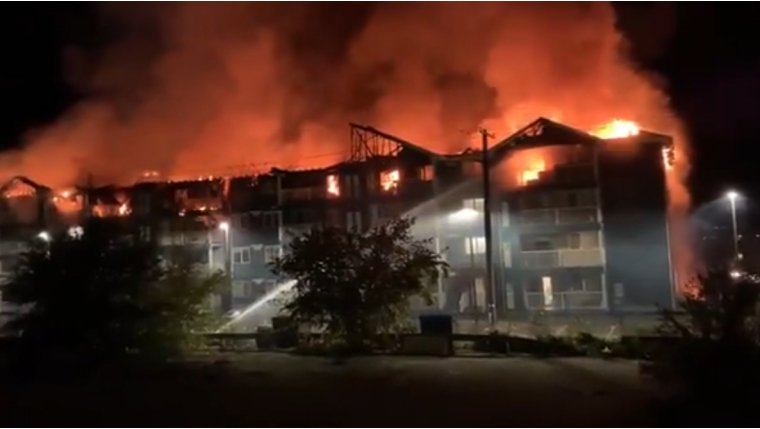 WINNIPEG - A four storey condo complex in Brandon was evacuated last night after it caught on fire.

Police say they were called to the blaze at 1400 Pacific Avenue about 8:45.

No word of any injuries and it's too soon for a cause or damage estimate.

People who now fine themselves without a home are being helped by various agencies, including the Salvation Army.