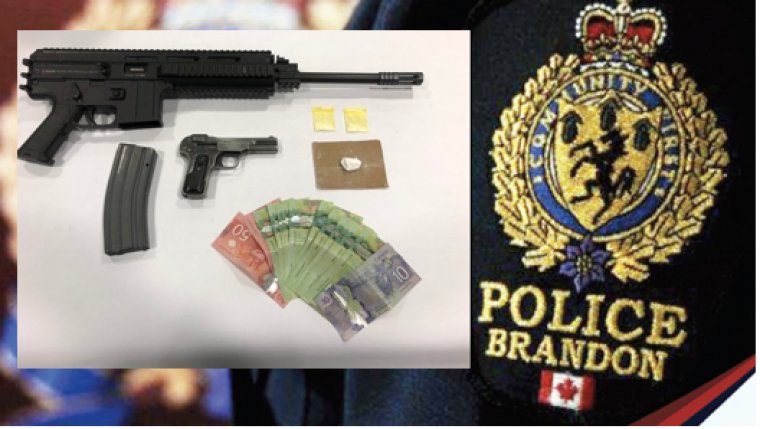 BRANDON, MB - Police arrested and charged a 23 year old Brandon man as part of a drugs and weapon investigation.

Officers learned that a man who rented a room at a Motel in the 800 Block of Middleton Avenue possibly had a gun in his possession. Police saw the man leaving the Motel and took him into custody.

During the arrest a .22 calibre handgun fell out of the waistband of the suspect. The handgun was not loaded but turned out to be stolen. Police also found two baggies of cocaine and $450 cash on the man.

Police learned that a female was in the Motel room, she was also taken into custody. Police searched the Motel room and recovered a loaded .22 calibre rifle, ammunition, approximately 5 grams of cocaine and drug trafficking related paraphernalia.

The 23-year-old male suspect from Brandon was arrested for Possession for the Purpose of Trafficking Cocaine, Possession of Proceeds of Crime, Unauthorized Possession of Firearms, Carry a Concealed Weapon, Unsafe Storage of Firearm & Ammunition and Possession of a Weapon Obtained by Crime.

The 20-year-old female from Brandon had an outstanding Warrant of Arrest for Breach of Probation.