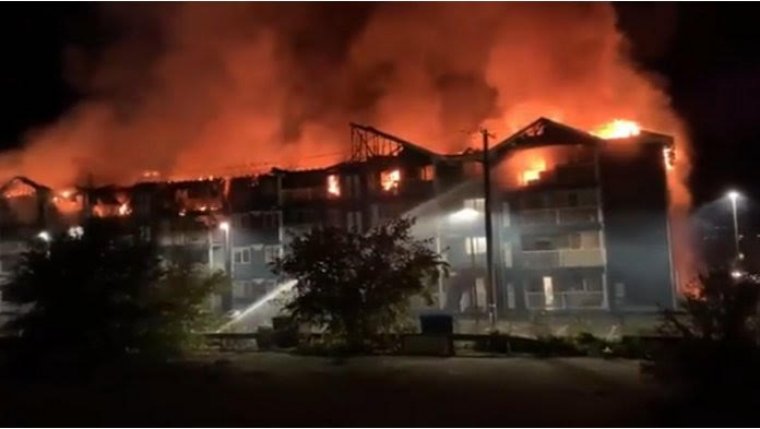 The fire started in the 48-unit building on Tuesday and was fully engulfed in flames by 10:30 that night. Crews from Brandon Fire and Emergency Services fought and contained the flames all night, and put out hot spots well into Wednesday afternoon. Witnesses across the street say the blaze was so large they were worried their homes could catch fire as well. The fire department says all occupants of the building are now accounted for, and no injuries were reported as a result of the fire.

The City of Brandon says residents are now being advised to go to the Victoria Inn to register and seek assistance to find temporary accommodations, after initially being taken by bus to the Salvation Army.

Meanwhile, Brandon University says some condo residents are welcome to stay in BU Residence rooms for emergency shelter. The school is also offering counselling, emergency funds, help with longer-term living arrangements, and other support for the many condo residents who are students, faculty members, employees, and partners and spouses, though no Residence spaces are currently considered suitable for children. The BU Food Bank is also accepting donations of food to support displaced families.

BFES says the condo’s upper levels were damaged extensively by fire, and the lower levels suffered water damage. The cause of the blaze continues to be investigated.